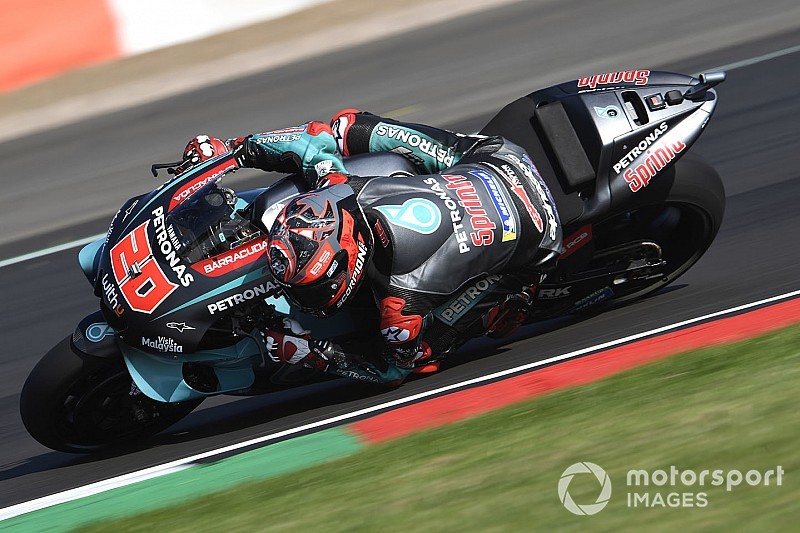 Of the pair, Honda rider Marquez was first to take the lead early on but Quartararo quickly demoted him with the first sub-two minute time of the session.

Two improvements from Marquez saw him reclaim first place by less than a tenth with five minutes left on the clock.

But Petronas SRT rider Quartararo was also able to go faster and did a 1m59.609s during the final minute of warm-up, beating Marquez by 0.07s.

Ducati's Andrea Dovizioso was best of the rest, three tenths slower than Quartararo, with front-row starter Valentino Rossi (Yamaha) moving up to fourth with a last-minute lap, having spent most of the session outside of the top 10.

Suzuki's Alex Rins was fifth with Maverick Vinales bringing a third Yamaha into the top six.

Local hero Cal Crutchlow's progress in the session was halted with an early pitstop but the LCR Honda rider recovered into the top 10, taking seventh from Quartararo's teammate Franco Morbidelli.

Ducati duo Danilo Petrucci and Jack Miller (Pramac) completed the top 10, the latter nearly crashing at Stowe and having to go through the gravel.

Lorenzo: Pushing to qualify better 'not worth it'

Silverstone MotoGP - the race as it happened