NASCAR is planning to launch a Generation 7 Cup Series car in 2021. 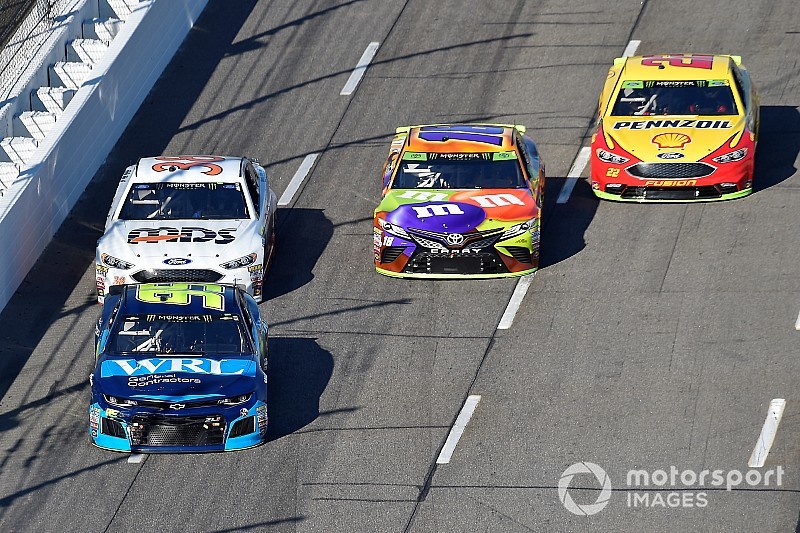 Current manufacturers Toyota, Chevrolet and Ford have been in discussions with NASCAR to help inform the direction of the regulations, and the series has consulted OEMs outside of NASCAR in a bid to attract more car-makers.

Road-relevance and controlled costs are two of the targets for the next generation of NASCAR machinery.

NASCAR's new-for-2019 aerodynamic package for the existing Generation 6 machines is a bridge to the Generation 7 car.

NASCAR's executive vice president and chief racing development officer Steve O’Donnell said: “I think it’s important to note that the reason we headed in this direction with the 2019 rules package was really to line us up for where we wanted to go in the future from a racing standpoint, both on track from a car’s look and feel and then under the hood from an engine perspective.

“If you look at a lot of the dialogue we’ve had with our existing OEMs, potential OEMs, there’s a lot of interest to do some things differently in terms of making the cars look even more like they do on the street, making sure that we can evolve some of our engine technology as well.

“So what we’ve done is spent the better part of a year putting together a Gen-7 model.

"We’re in process now of going out and talking to OEMs, talking in the industry and getting their feedback on what they like and what they may want to see tweaked, but the goal for us is to roll this out fairly quickly with an accelerated timeline to 2021."

Chevrolet and Ford have both brought muscle cars in the Camaro and Mustang respectively to the series, in part because the wide range of road-going counterparts helps inform car developments in NASCAR.

Mark Rushbrook, the global director of Ford Performance, said Ford is in support of the Generation 7 car.

“As much as we like that we’ve been able to make our new car look like a Mustang, we’d like the ability to do even more in that area,” said Rushbrook.

“In terms of what you see on the outside of the car, we’d like to see a few changes underneath the car for a little bit of technical relevance.

"We want to make sure that we can keep using our technical tools and learning like we do today. We don’t want to lose that with any changes."

Rushbrook added that changes to the engine should come after the introduction of the Generation 7 car.

Toyota previously told Autosport that lighter engines would be more relevant, and Penske's Brad Keselowski has argued for hybridisation.

Rushbrook added: “I think that’s the right step for the sport to take to get a new car in those different areas. Then after that step is taken, then look at something for the powertrain.

"I think it’s too much to do the engine at the same time, but I think it’s something that can follow after the new car.”

Motorsport Report: NASCAR to strip wins for violations in 2019