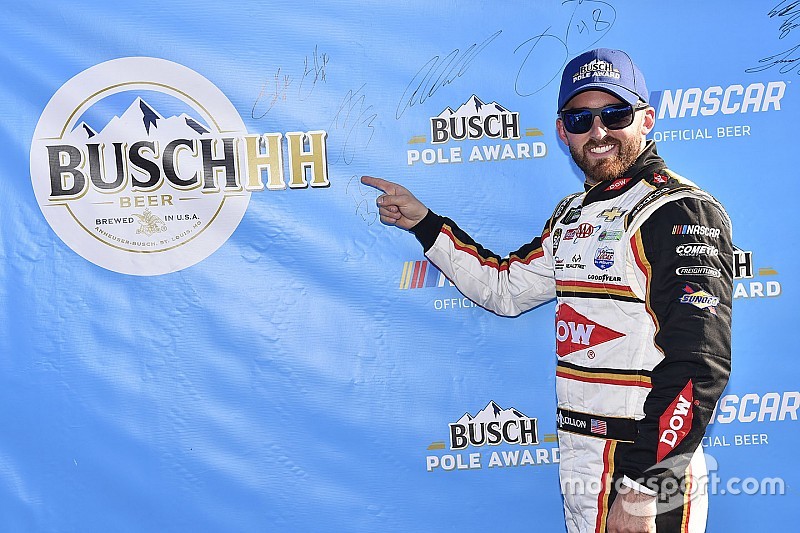 The pole is Dillon’s second of the 2019 season and fifth of his Monster Energy NASCAR Cup Series career.

“This is a great starting position,” said Dillon, who turned 29 years old Saturday. “Starting position is one thing but finishing the race tomorrow is the big thing. We’ve got to go out there and gain as many points as we can.

“The great thing is we have a fast car. So, we just need to keep this momentum building.”

Dillon said he felt he spun his tires in the first round, which may have cost him a little speed but not in the final round.

“I took a different approach (in the final round) getting up to speed and I think it helped it jump up there a little bit more to get (Almirola). I hope that’s what it was,” he said.

“I think the race is going to be wild. You can get such big runs on the guy in front of you. You better hope that the guy behind you getting that run makes a good move and doesn’t take you out of the race.”

Whatever Dillon’s result Sunday, his No. 3 Chevrolet team could still face a severe penalty from NASCAR after inspectors confiscated the rear deck lid off his car on Friday.

Almirola, who won this race a year ago, led the way in the first round of qualifying with an average lap speed of 192.324 mph.

Also advancing to the final round were Blaney, McDowell, Larson, Stenhouse, Bowman, Logano and Elliott.

“It seems like in the past, cars go a little quicker in the second round,” Elliott said. “We’ll see what happens and then go to work for tomorrow.”

Among those who failed to advance were all four Joe Gibbs Racing drivers – Kyle Busch, Erik Jones, Denny Hamlin and Martin Truex Jr. Truex was the best of the bunch and will line up 20th in Sunday’s race.

The battle lines are clearly drawn for Sunday's Talladega race