Alex Bowman topped the charts in the No. 88 Hendrick Motorsports Chevrolet Camaro in the first practice session of the weekend from Chicagoland Speedway. 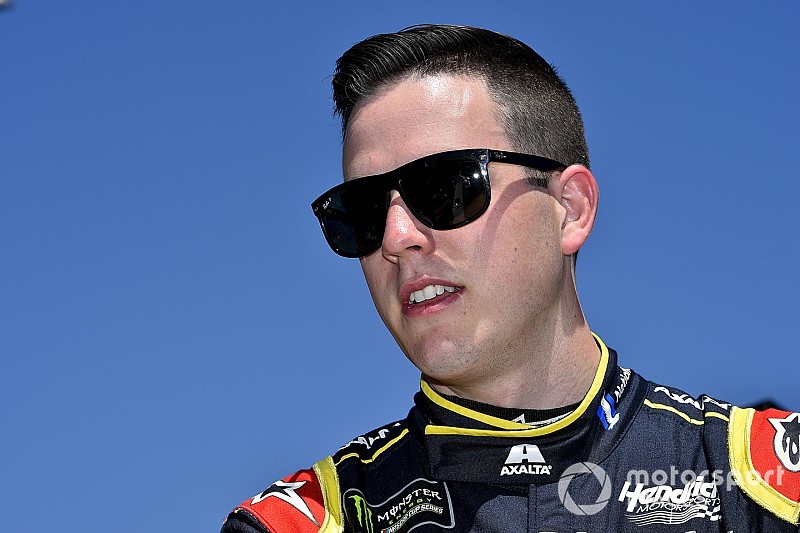 Ryan Blaney set the pace early in the session at 175.547mph in the Team Penske Ford Mustang.

Some drivers opted to draft with one another with the 2019 aero package brining some unknowns to this year's race at Chicagoland Speedway. In the closing minutes, a large pack of up to nine cars took to the circuit to get a better feel for the package.

"We're trying to knock out all the little details now," Denny Hamlin explained to NBCSN. "That we we can spend Happy Hour focusing on just speed and race setup."

There was a close call between Ryan Newman and Paul Menard, but otherwise no incidents during the session.

Kevin Harvick ultimately usurped Blaney for quickest single lap before Kurt Busch did the same. The No. 88 of Bowman was forced to replace a driveshaft during the session, but in the final seconds shot to the top of the board himself with a 175.942mph lap.

Bowman also led the way in best ten-lap consecutive averages ahead of Harvick and Clint Bowyer.