Is Chastain the obvious choice to replace Larson? Maybe...

The choice to replace Kyle Larson at Chip Ganassi Racing this season seems an obvious one, but then again, maybe it’s not. 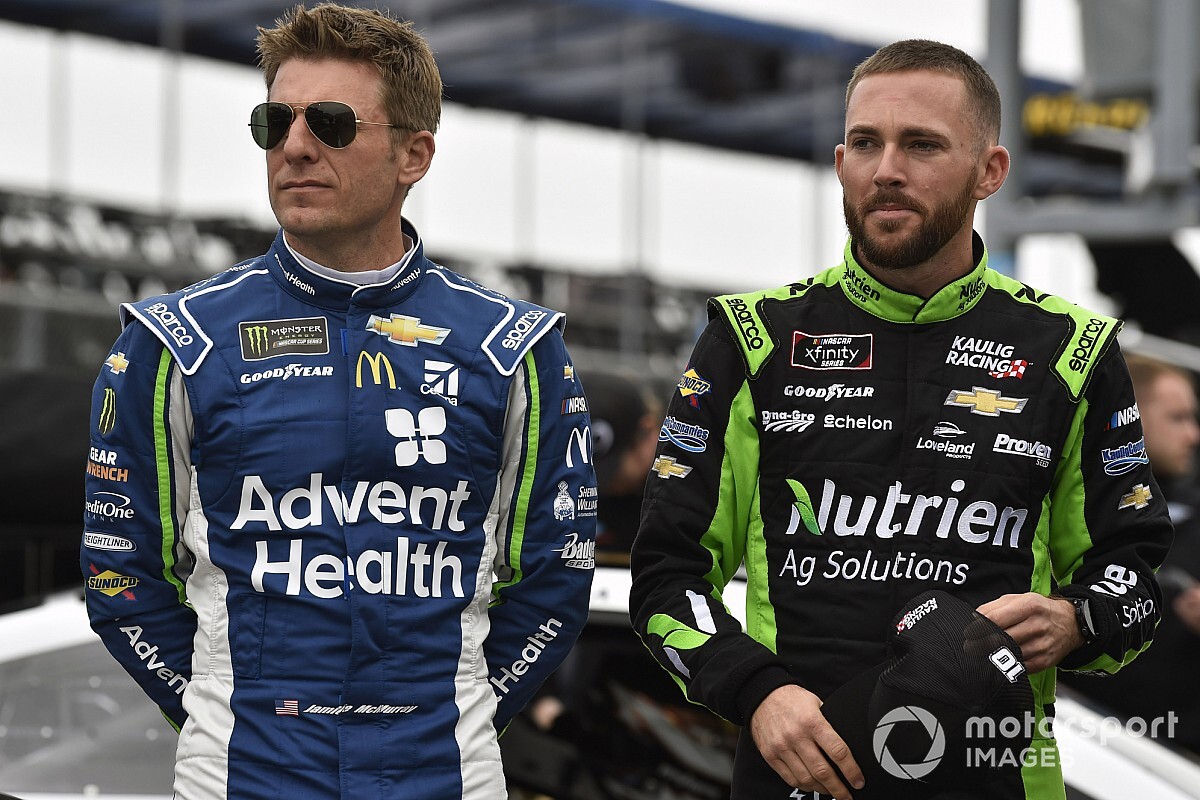 Clearly, Ross Chastain is a favorite to take over the No. 42 Chevrolet once real racing resumes now that CGR fired driver Kyle Larson on Tuesday for the use of a racial slur used during the live-stream of a virtual racing event.

Chastain, 27, is technically already under contract with Ganassi but has been “on loan” to Roush Fenway Racing, filling in its No. 6 Ford while Ryan Newman continues to recover from a closed head injury suffered in the season-opening Daytona 500.

Considering the circumstances, it would probably not be difficult for Ganassi to pull Chastain back into his organization and take over the ride – an opportunity that Ganassi appears to have been grooming Chastain for over the last several years.

Chastain even made his first Cup series start as a Ganassi driver earlier this year in the season-opening Daytona 500.

Although it would disrupt the continuity of having one driver, Roush would likely have little trouble finding another fill-in for Newman until he is cleared to return to competition.

There is also plenty of time as real racing is unlikely to start again before late May, at the earliest. A vast majority of states remain under stay-at-home orders because of the COVID-19 pandemic.

With a successful history already with Ganassi, Chastain seems the obvious answer to take over for Larson, and he very well could.

A familiar face back at CGR?

However, in the last 24 hours, another also-obvious choice has emerged that would allow Ganassi to complete the remainder of the 2020 season and allow Chastain to fill out his work at Roush.

He spent the vast majority of his 16-plus year Cup Series career driving for team owner Chip Ganassi over two different stints. McMurray enjoyed his most success with Ganassi, winning three races, including the Daytona 500 and Brickyard 400, in the 2010 season.

But there is perhaps an even more important reason McMurray would be an excellent fit to fill in for the remainder of the 2020 season. He has an established relationship with all three of the main primary sponsors on the No. 42 – First Data, Credit One and McDonald’s.

In fact, before they became Larson’s sponsors, they were McMurray’s while he drove the No. 1 Chevrolet. They ended up moving to Larson’s car once Target ended its sponsorship of the No. 42 following the 2017 season and sponsor DC Solar filed for bankruptcy in 2019.

Who better to guide Larson’s sponsors through a tumultuous situation and help convince them to remain with the organization than a driver with which they already enjoyed a successful working relationship?

But is this a plausible scenario?

Multiple sources have confirmed to Motorsport.com that McMurray would consider the fill-in role for 2020 if Ganassi thought it would help retain sponsorship for the organization and if it allowed him to keep his TV commitments.

As of Tuesday afternoon, McMurray had spoken to several members of the Ganassi organization but had not yet been asked directly by Ganassi if he were interested in the role, sources said.

Due to the incident involved and the economic fallout of the pandemic, there’s no question maintaining sponsor commitments will be a priority for Ganassi and the No. 42 team the remainder of this season.

Both Chastain and McMurray would serve the sponsors well, but the “safe” choice for sponsors – at least for now – may not necessarily be the obvious one.