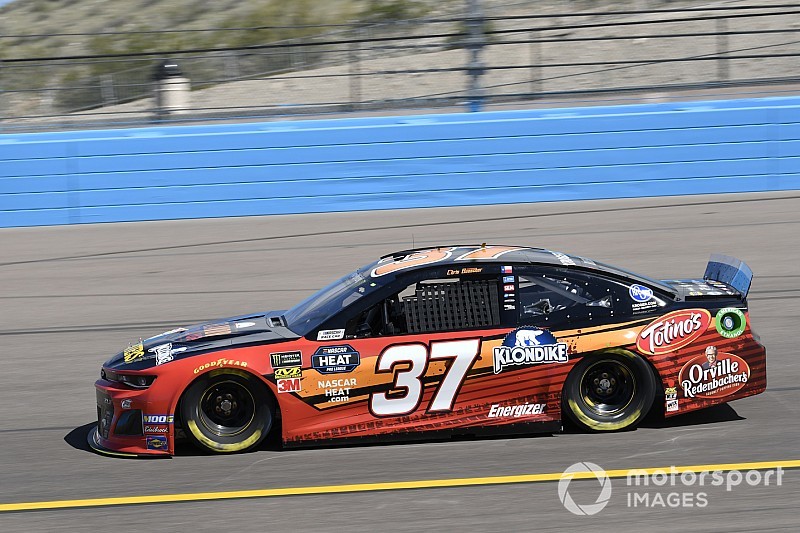 “It’s got pretty good balance,” Buescher said of his No. 37 JTG Daugherty Racing Chevrolet. “Phoenix has been a tough place for me and I can’t thank the team enough for bringing me a great car this weekend.”

Kyle Larson was fourth-fastest and Kyle Busch completed the top-five.

Prior to the practice session, drivers Daniel Suarez and Michael McDowell met with NASCAR officials to discuss their brief fight on pit road during Friday’s Cup qualifying session.

Suarez said his relationship McDowell is “not fixed” after the meeting.

“NASCAR just wanted to make sure that we’re not going to go out there on Sunday and wreck each other on the first lap,” Suarez said.

“I just (made) my point clear and why I was mad. He had his point, which I don’t think is as good as mine. We’re not going to go out there and fight each other, but we’re not best buddies either.”
McDowell said he considered Saturday a “fresh start.”

“We got a couple of practices ahead of us, just stay focused on that,” McDowell said.

To join Penske 'win club,' Blaney must "clean some stuff up"