Daniel Suarez "happy" and "grateful" of weekend effort at Texas 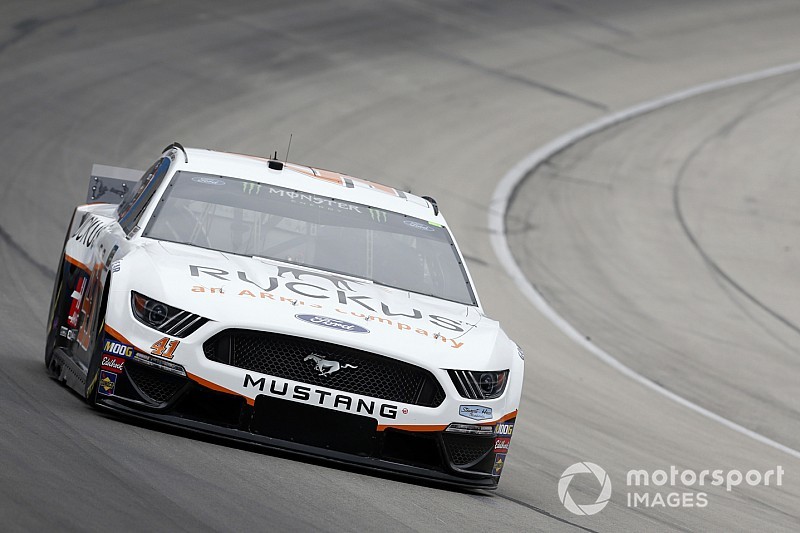 Daniel Suarez was in the mix all weekend and that was quite a change from his first six NASCAR Cup races of the season.

Suarez, who has struggled to gain some consistency in his first season at Stewart-Haas Racing, had his best weekend to date at Texas Motor Speedway.

He was fast in practices, qualified fourth and finished a season’s-best third in Sunday’s O’Reilly 500, including leading nine laps.

“I’m happy. The entire weekend was strong for us,” Suarez said after the race. “We had the speed all weekend long. I feel like we had for sure a top-five car and at times probably the best car out there on the long run.

“We were just trying to find the right balance back and forth, but I’m just very proud of everyone at Stewart-Haas Racing and Ford Performance, and especially from the No. 41 guys. They worked extremely hard to bring a good piece for Texas and we did it, so I’m grateful.”

Suarez’s third-place finish was also his third top-10 finish of the season and second consecutive. He had nine top-10s last season in the entire 36-race schedule while at Joe Gibbs Racing. He also 16th in the series standings.

Suarez started the final stage of the race in second alongside Ryan Blaney and once a round of green-flag pit stops were completed on Lap 241 of 334, he cycled into the lead.

On Lap 246, Kyle Busch used a lapped car as a pick to pass Suarez for the lead but he never ventured far from the front and emerged in third again after the final round of green-flag stops.

“This is the second week in a row where all the Stewart-Haas Racing cars are in the top-10 and that’s something very, very good,” Suarez said. “Overall, very proud of the No. 41 crew because we’ve been working hard to slowly get better and better. We’re showing that.

“This car was fast the entire weekend. Just very proud of the effort. Hopefully, we can keep heading in that direction and finish in Victory Lane one day here soon.”

Johnson: Texas run “is what we've been looking for”