Daniel Hemric hopes his future in NASCAR will become clearer in the next week or two as more opportunities have materialized. 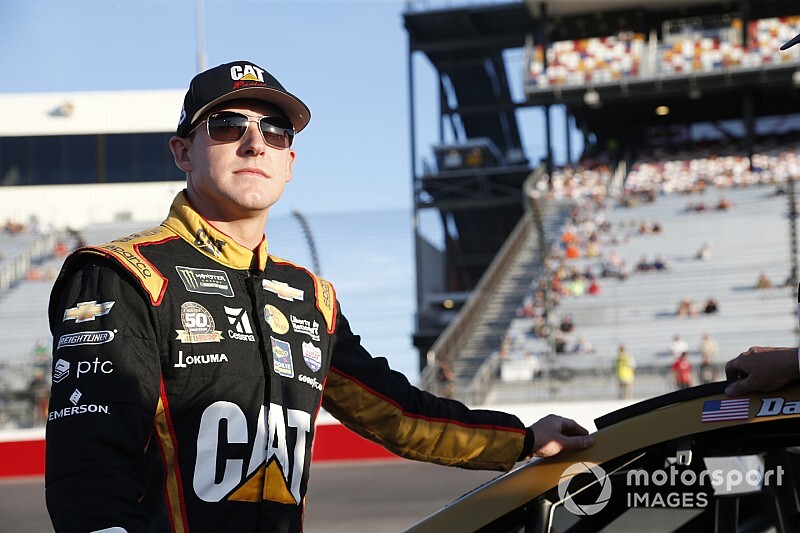 “I feel like there are windows of brightness here and there, you know. I think I will land on my feet and I’ll land right where I’m supposed to,” Hemric said Friday at Talladega (Ala.) Superspeedway. “There are a lot of variables here involved. Hopefully, in the next week or two I can really feel comfortable about what’s going on.

“Still, there are a lot of moving parts and pieces that still have to fall and really a lot of them aren’t in regard to me but still will affect me down the road. You just try to keep yourself as pumped up as much as you can in a time like this and know the sun will still come up tomorrow.”

Hemric was informed in mid-September that Richard Childress Racing would not pick up its option on the rookie driver for the 2020 season.

Soon after, the team announced Tyler Reddick – who currently competes in the Xfinity Series for RCR – would move into the No. 8 Chevrolet next year.

A possible home for Hemric

Several other teams have announced driver changes for the 2020 season, which in turn has altered the landscape of what rides may be open. Among them is Chris Buescher’s decision to leave JTG Daugherty’s No. 37 and return to Roush Fenway Racing in 2020.

Sources have confirmed to Motorsport.com that Hemric is a candidate for that ride, but so are Ricky Stenhouse Jr. and Ross Chastain. Hemric himself declined to name any specific teams with whom he’s spoken.

“As a whole, our sport, especially at the Cup level, has had some pretty big dominoes fall over the last couple weeks and some of those were a week or two following me finding out what my future was (at RCR),” Hemric said.

“I’m just trying to make the next move of mine one that I feel will be right and comfortable in making. All I want is a shot to continue to compete and do it at a high level and it doesn’t matter what level that’s in. I wish it was more clear exactly where that was going to be this current day.”

Hemric said it has been a challenge continuing to focus wrapping up his rookie Cup season at RCR on a high note while also working to secure a new home for next year.

“There have been days when you would typically be relaxing or regrouping before the next weekend but I’ve had to grind it out and spend that time fully dedicated on the job hunt and the search of trying to figure it all out,” he said.

“I don’t mind that stuff. I got to this level by having to pull myself up and having to figure it out. It’s never a comfortable situation but it’s also an eye-opening situation in that it lets you know tomorrow is never promised.”

Kevin Harvick to surpass an Earnhardt milestone at Talladega