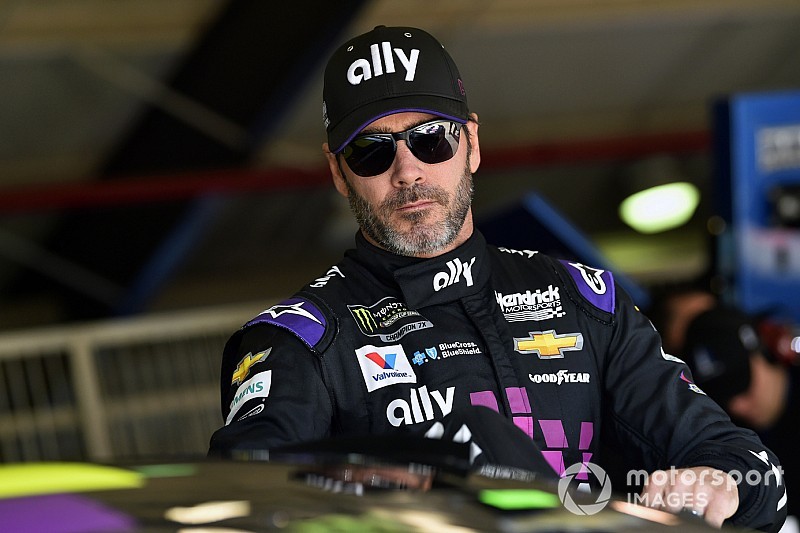 Jimmie Johnson got off to a good start Friday – leading the way in the first Monster Energy NASCAR Cup Series practice session at Texas.

Johnson went to the top of the leaderboard early in the 50-minute session and remained there ending on top with an average lap speed of 189.747 mph.

“Yeah it was good. It’s all about how you time the draft,” Byron said. “Our cars are fast in the draft and that’s good. It feels like there is more available grip in the car.”

About 13 minutes into the session, caution was displayed after the No. 27 Chevrolet of Reed Sorenson appeared to blow its engine and NASCAR wanted to check the track for fluid.

Eye in the Sky: It's about precision for spotter Coleman Pressley

Kevin Harvick: “I’m not getting out of the race car"