Kevin Harvick’s 2021 NASCAR Cup Series season may not appear bad statistically but it’s far removed from the career-best performance he enjoyed in 2020.

Harvick and his No. 4 Stewart-Haas Racing Ford team led the series last year with nine wins, setting a personal best for the veteran driver.

He failed to advance to the Championship 4 but finished fifth in the series standings and his average starting position of 7.7 and average finishing position of 7.3 were both the best of his career.

While Harvick is currently seventh in the series standings through 10 races in 2021 with seven top-10 finishes, neither he nor his SHR teammates are anywhere near replicating their incredible season of a year ago. 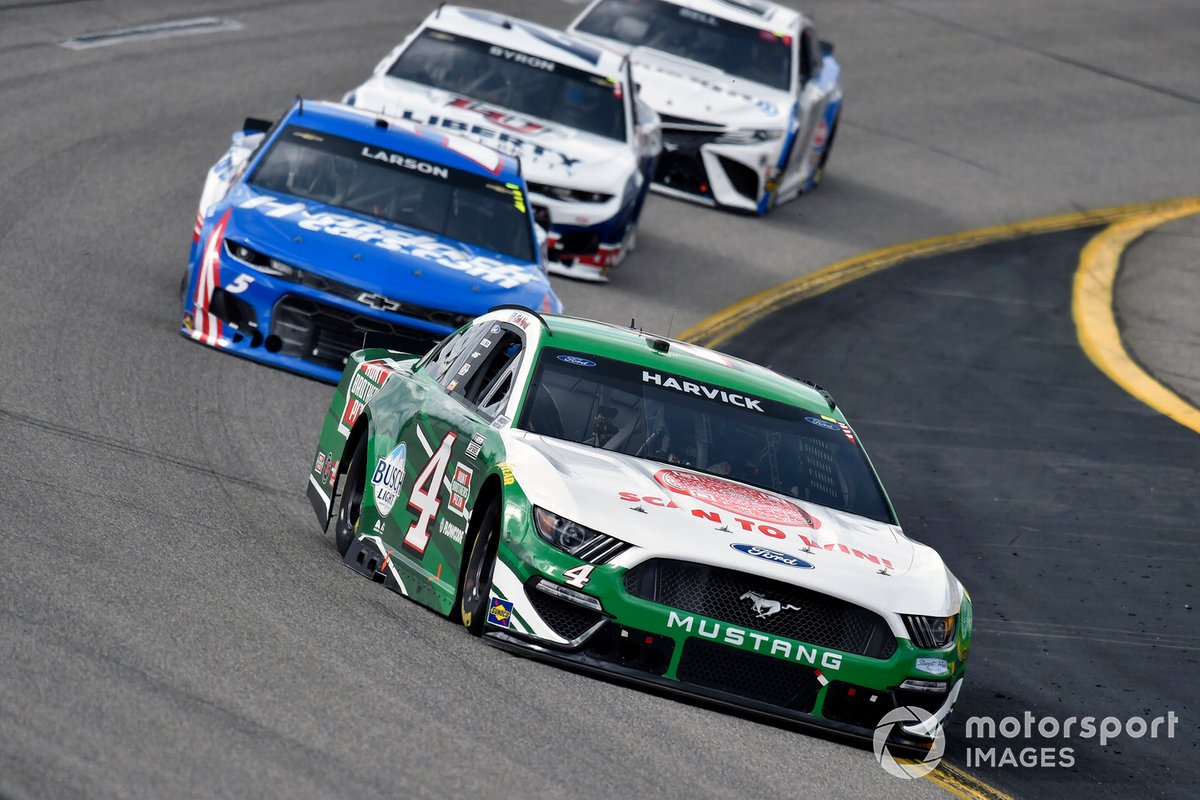 “Something I tell everybody year after year – whether we’ve had a good year or a bad year – you just never know what the next year is going to bring until you get on the race track,” he said.

“Sometimes it suits you and sometimes it doesn’t. Last year, everything went our way. This year, it hasn’t really gone our way.”

Harvick has led just 29 laps so far this season, after leading the series in 2020 with 1,531. He has yet to visit Victory Lane and his average start and average finish have dropped to 8.3 and 10.3, respectively.

In addition, his three SHR teammates – Chase Briscoe, Cole Custer and Aric Almirola – also remained winless on the year and none is ranked higher than 23rd in the series standings.

“Our team has really done a great job of scratching and clawing for every position that you can get on the weekend. It’s bought us time week after week to get our cars back to where we want them to be,” Harvick, 45, said.

“It’s not a position that we haven’t been in before. It’s definitely part of the sport and part of the things you have to do to keep yourself going – you’re sometimes digging yourself out of a hole and figuring things out. It’s a big science project, I can say that for sure.

“I think there are a lot of engineers on a lot of computers burning the midnight oil trying to make sure we start making some headway on getting our cars back to where we need them.”

Harvick said SHR as an organization is “a little bit off on the speed side of things” and because that his team has focused on getting the most of out of every race it can in the meantime to prevent falling into too big hole during the regular season.

Thus far, that approach has kept Harvick and the No. 4 team still in the hunt for wins and making the playoffs.

“Our season is so long that you really have to focus on making sure you’re in the right spot when you get to the end of race No. 26. We’ve been on both sides of this fence – we’ve been slow starters, we’ve been fast starters, we’ve run good all season – we’ve experienced it all,” he said.

“We definitely have to be in this particular mindset until we 100 percent get it fixed. I think everybody’s doing a great job of just making sure that we’re doing that right now. Getting the most out of each weekend is very important.”

Sunday’s race at Kansas Speedway offers Harvick and his team another opportunity to see how far they have come since the start of the season.

He finished fourth and second at the two races at Kansas last season and his three victories at the track are tied for second-most among all drivers.

At three previous intermediate tracks so far this season, Harvick’s results have been all over the map – fifth at Homestead, 20th at Las Vegas and 10th at Atlanta. He hasn’t led a lap in all of the three.

Whether SHR’s speed has improved or not this weekend, Harvick said he will remained focused on getting the most out of the situation.

“Finishing races is very important, and knowing the capability of your car. In today’s world, not a lot of people realize that,” he said.

“When you can realize that and have a 15th-place car and finish ninth with it – which happens a lot because so many people just make so many mistakes – you can really capitalize on a weekend when you’re not really where you need to be from a performance standpoint.”