Kyle Busch looking to tie a NASCAR record at Pocono 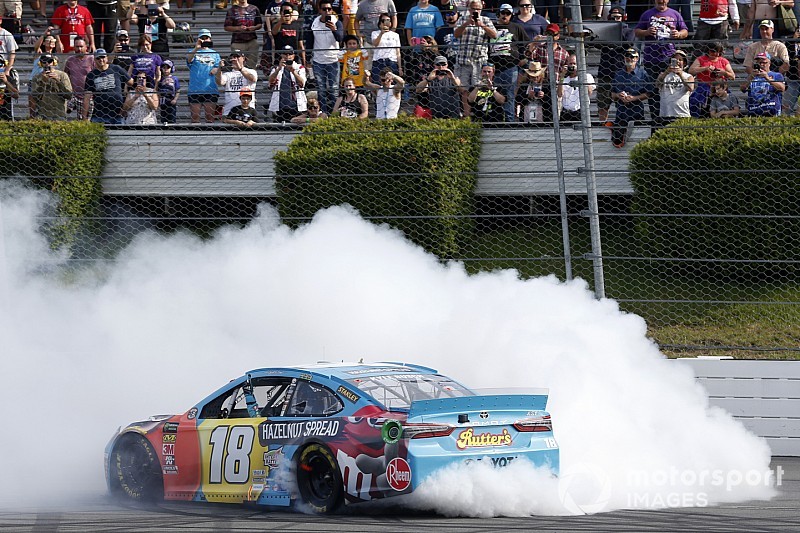 Kyle Busch is no stranger to NASCAR records and another win Sunday at Pocono Raceway will put him in elite company.

Busch has won three of the last four Monster Energy NASCAR Cup Series races at Pocono, including the last two.

Should Busch win his third consecutive race this weekend at the triangular-shaped track, he will join Bobby Allison (1982-1983) and Tim Richmond (1986-1987) as the only drivers in NASCAR history to accomplish the feat.

In addition, a Busch win Sunday would make him just the eighth driver in track history to win both Pocono races in the same season, the last being Dale Earnhardt Jr. in 2014.

The June Pocono race was the first with NASCAR’s new aero package and the return trip should put Busch ahead of the game up on his return.

“We were pretty good there last time. There were a couple of guys who were as fast as we were,” Busch said. “It was kind of hard to pass in certain situations.

“There were some unique opportunities on restarts that didn’t really seem to present themselves like we all expected them to.”

One thing has changed since NASCAR’s most recent visit to Pocono – the track has added the PJ1 traction compound to one lane in each of the track’s three turns.

“That’ll be a different variable than we’ve had there in the past, and we’ll just have to play it all out and see what happens when we get there,” Busch said. “You would like to think that it’s going to present more opportunities to just get out of the wake of the guy in front of you.

“I think what we’re expecting it to do is, if you go off into the corner and you follow somebody, you have to lose ground to them in order to maintain the same line that they’re running. You can’t gain on them following them.

If you can offset yourself wider than them, you can at least maintain that gap and you can come off the corner kind of with a little bit of a momentum from the high side that it typically gives you. Then you can make a run on the straightaways and you have a chance to be able to race with the guy you’re following and you don’t just have to be stuck behind him.