Kyle Busch had a roller coaster day at Las Vegas Motor Speedway and when the checkered flag waved, he was far from pleased. 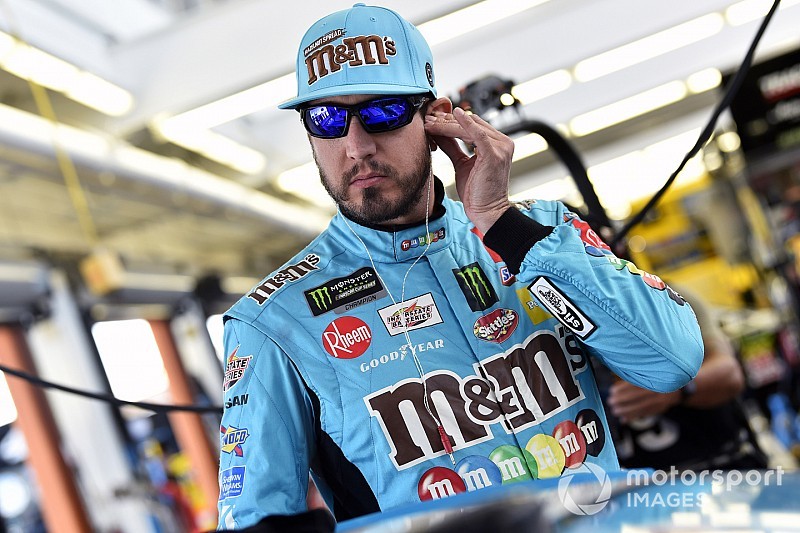 Kyle Busch's race got off to a rough start when he contacted the outside wall at the exit of Turn 2, forcing him to make an unscheduled pit stop early in the first stage.

He then spent the majority of the race battling back from two laps down in order to get back in contention. Through a couple wave-arounds and some fortunate cautions, he did just that. In the final stage, he charged to the front and looked set to salvage a top-five.

However, he ended up running into the back of the slower car of Garrett Smithley in the closing laps. With significant damage to the nose of his machine, Busch dropped throughout the field, losing most of the ground he had previously gained. He ended up finishing off the lead lap in the 19th position.

He then took aim at some of the slower lapped traffic out on the track every week.

"Should have run fourth probably, but instead 19th. I don't know ... We're at the top echelon of motorsports and we got guys who have never won late model races running out here on the race track. It's pathetic. They don't know where to go, so what else do you do."

After NBCSN reporter Parker Kligerman pointed out the bonus points he has to fall back on, Busch quipped before walking off, "It's pathetic to have to lean on insurance. My premiums are going to go up."

Race winner Martin Truex Jr. agreed that traffic was an constant factor, telling NBCSN's post-race panel: "Constantly traffic and they're all in different lanes. You just kind of got to pick and choose and hope you catch them at the right time. At the end of Stage 2, I caught the 22 (Logano) and I was starting to put some pressure on him but I kept catching lapped cars in the wrong spot. Next thing you know, I'm 20 car lengths back and there's five (laps) to go ... and then he caught slow cars at the wrong spot and I was able to catch him and put a pass on him. You just hope it works in your favor.

"There's a handful of cars out there that are slow and are getting lapped every 10, 15 laps and you just hope they're in the right lane when you get to them."

Busch later tweeted the following, responding to comments from Smithley and another driver, Joey Gase:

Smithley later tweeted himself, along with the video of the incident:

Kevin Harvick: "We gave ourselves an opportunity" for a win