NASCAR on 2020 schedule: “Some moves were made thinking ahead” 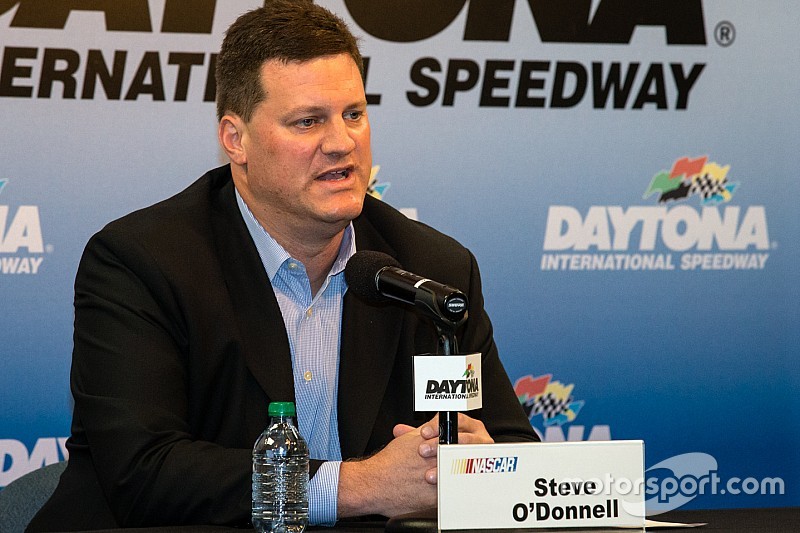 The 2020 NASCAR Cup may contain the biggest year-to-year changes since the birth of the ‘Modern Era’ in the early 1970’s, but that may not be the end.

No less than six major changes were announced to the 2020 schedule with one of the most surprising being the season finale being moved from Homestead-Miami Speedway to ISM Raceway near Phoenix. Homestead has hosted the final race of the season since 2002.

“I think first it's important to note Miami/Homestead has been a terrific host for the championship, but I think equally as important has put on tremendous racing,” said Steve O’Donnell, NASCAR’s executive vice president and chief racing development officer. “Having full confidence that that will continue allowed us to make a change in the championship.

“Fox was very interested in having Miami as part of their schedule of events as well.  We're really able to enhance the spring portion of our schedule, also rotate the championship, more driven from a competitive standpoint.”

Another notable change is the move of Daytona from its July 4 weekend spot to become the finale of the regular season. The second Daytona race was held every July 4 from 1959 until 1988 and then held the weekend day closest to July 4 ever since.

“Everyone felt Daytona belonged there and that track deserved to potentially be on that date. Then as you look at July 4 being a traditional weekend around NASCAR in general, obviously needed an iconic venue to fill that slot.”

The iconic venue will be Indianapolis Motor Speedway which will take over the date during the nation’s holiday weekend.

O’Donnell also discussed the other big change in the schedule and a first in the history of NASCAR’s top division - a doubleheader weekend at one facility.

Pocono Raceway, which historically held both of its Cup Series dates within five or six weeks of one another every summer, will now become the first track to host back-to-back races over the same weekend.

“Our TV partners have wanted to look at the concept of a doubleheader,” said O’Donnell. “We obviously talked to a number of our venues to see what may or may not work. Nick Igdalsky was very willing to take a shot at this.

“We thought it was a terrific venue to pull this off in terms of the number of folks that not only attend that race, but go and camp, make a three‑day weekend out of it.  If we could provide some more content, we thought it would be great.”

The schedule changes also include a two-week summer break for the Cup series in 2020, during which NBC will be televising the Olympics. The calendar movement will also have the season conclude on Nov. 8, about two weeks earlier than in recent seasons.

While the changes may be considered drastic, O’Donnell said this could just be the beginning. The 2020 season is the final year of the five-year sanctioning agreements, which could open the door for even more changes in 2021.

“I think some of the moves were made thinking ahead,” said O’Donnell. “We still have a lot to look at for 2021. I think a lot of the tracks with kind of the iconic dates or if we move some of those, we want to try to stick with as much as possible.

“We did make some of these moves in anticipation of where could we be in the future, for sure.”