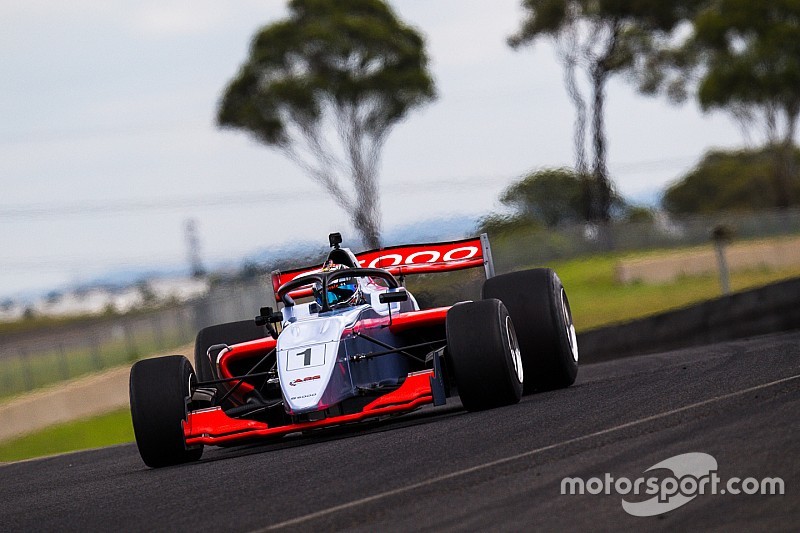 The return of top-level open-wheeler racing to Australia could see the return of the prestigious Gold Star, according to the Confederation of Australian Motor Sport.

The CAMS Gold Star, awarded to the Australian Drivers' Championship, has been benched since the steep decline of Formula 3 racing down under back in 2015.

However it could well be making a comeback, with CAMS CEO Eugene Arocca hinting at the S5000 launch earlier this week that the V8-powered series is "a good fit" for what's long been the top open-wheeler prize in the country.

The final decision is likely to rest on whether S5000 organisers can sell enough cars to get a grid together for its inaugural 2019 season.

"The reason we parked it was because there wasn't an open-wheeler category we felt was deserving of the Gold Star, given the pedigree of the people who have won it in the past," said Arocca at the unveiling of the new-spec S5000 car in Sydney.

"I think the CAMS board, and it's not my decision it's the board's decision, would be thrilled at the opportunity to bring the Gold Star back to life. Right now, this is only category that would be fitting for the Gold Star.

"I can't make that decision, but the next few months may dictate that. But I think the Gold Star has got to come back, and this seems like a good fit."

The 1970s saw Formula 5000 take over as the top single-seater class in the country, during which time the likes of Frank Matich and John McCormack won Gold Stars.

The Formula Brabham era in the early 1990s yielded three Gold Stars in a row for Mark Skaife, before Rick Kelly and Will Power grabbed titles after the category was tweaked to become Formula Holden.

The final category to have the Gold Star honour was Formula 3, before dwindling numbers forced CAMS to park the trophy after the 2014 season.