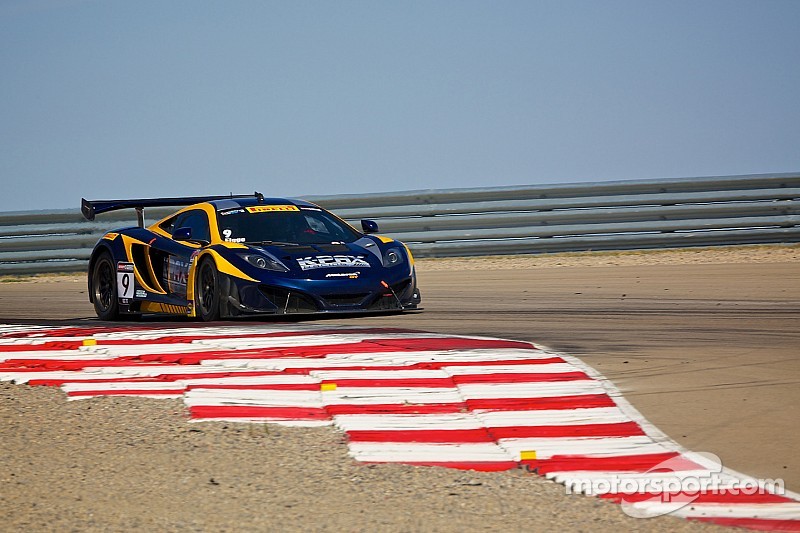 Customer Racing is the focus of the effort.

With a long resume of success in sports car racing, both Flying Lizard Motorsport and K-PAX Racing today announced two significant expansions in their 2015 racing platform. The joint team will make available a customer McLaren 650S (in above photo) as the third car to join their two existing professional entries in Pirelli World Challenge. The second expansion includes a two car customer effort for Flying Lizard Motorsport in the 2015 Pirelli Porsche GT3 Cup.

"Both Flying Lizard Motorsports and K-PAX have had such a successful racing history in various levels of the sport, and that's something we never want to lose sight of," said Flying Lizard Program Manager Darren Law. "In the past ten years of both our team's history, we've built a strong brand that racers and fans connect to. We want to continue to make serious racing efforts available to customers who share our passion for success and speed, and we now have the opportunity to expand our operation on many levels."

In December, the team announced a new partnership with K-PAX Racing in the Pirelli World Challenge, the only team to race McLarens in the United States. As announced, the joint endeavor will run two new McLaren 650S as professional entries for the full season. As part of the latest expansion, Flying Lizard Motorsports and K-PAX will make available a third car as a customer effort. A McLaren 12C GT3 will be updated to the 650s GT3 specifications to match that of the other two professional entries. The 2015 Pirelli World Challenge race season begins March 6-8 at Circuit of the Americas.

The second part of the team's expansion includes Flying Lizard's long awaited return to Porsche, running in the Pirelli Porsche GT3 Cup as a customer racing program. The series is the result of a combined relationship between Porsche Motorsports North America and Competent Motorsports. Anticipating a two-car effort, the team expects to run the full season, consisting of eight races, also beginning March 6-8 at Circuit of the Americas. A live stream of each race will be provided, followed by delayed broadcasts on MAV TV.

"After looking at several race series, we felt the Pirelli Porsche GT3 Cup had something very unique to offer both teams and drivers," said Law. "Our history with Porsche goes back to day one of our program, and our fans haven't let us forget it. We enjoyed great success with Porsche and look forward to running them again. It's a proven race machine, and perfect for all types of racers. Not only do we want to allow customers to race in a professional environment, but have a strong package for the best chance of development and success. Through this series, we hope to provide just that, and we're excited to get started."