He managed a best time of 1m40.779s in the morning session, but was unable to show his full potential due to rain hitting the track several times during the day.

“Yeah, I think it was quite good,” Maini said, describing the test. “It’s my first time in Japan, first time in the Super Formula car and it’s quite an impressive car.

“I was quite surprised this morning even after driving the F2. Overall I think I enjoyed the day a lot, a lot to learn.

“Was quite interesting also with the weather changes, [they] didn’t make it easy, but I tried to learn as much I could and get as much experience as I could.”

“The Super Formula car is a lot lighter, and it feels like [it has] a lot more downforce as well. So through the high speed corners it’s quite a bit faster. So I could feel a lot on my neck. I’ve never felt like this on the F2 car." 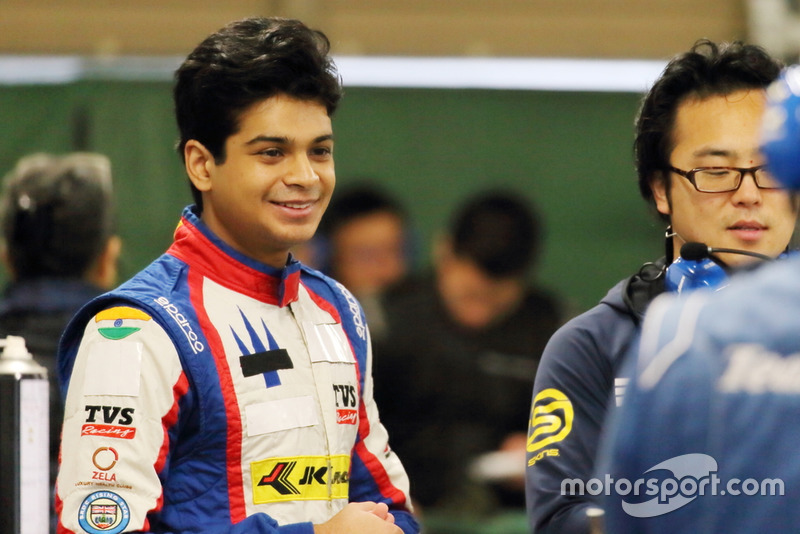 With the test outing, Maini became only the second Indian racer to drive a current-generation Super Formula car after Narain Karthikeyan, who has been racing in the series since 2014 and also watched the Suzuka test from the sidelines.

Maini is yet to announce his plans for 2019. He competed in the FIA Formula 2 series with Trident this year, finishing 16th in the championship with a trio of fifth-place finishes as his best results.

Super Formula is widely regarded as one of the world’s best single-seater championships and is only second to Formula 1 in terms of pure speed.

Red Bull will field its protege Dan Ticktum in Super Formula next year as it prepares him for a 2020 F1 drive.