Tatiana Calderon says she is feeling "more and more confident" in Super Formula ahead of her first race in the series this weekend in Motegi.

After five months away from Japan since her pre-season test appearance at Fuji Speedway in March, Calderon was reunited with her Drago Corse team for Friday's pre-event test at Motegi, in which she set the 18th-fastest time.

She improved to 16th during Saturday morning's first practice session, setting a best lap 1.671s off the pace, before turning her attention to long runs for the afternoon and ending up with the 19th-fastest time in the combined order.

The Colombian said was satisfied with her performance in a session dominated by Toyota-powered drivers as she re-familiarised herself with her Honda-powered SF19.

"This morning we focussed on set-up work for qualifying, we used one set of new tyres," Calderon told Motorsport.com. "And I feel more and more comfortable with the car, with the team. We are moving forward.

"We were 1.6 seconds off [the fastest car] but only 1.2s off the best Honda driver [Naoki Yamamoto]. So I’m quite pleased with that, and there’s more to come.

"This afternoon we focussed on high-fuel runs to see how the tyres will degrade. There is for sure time I need to make up, but it was all very positive. It was very hot, so I expect a tough race and hopefully we can make another step for qualifying." 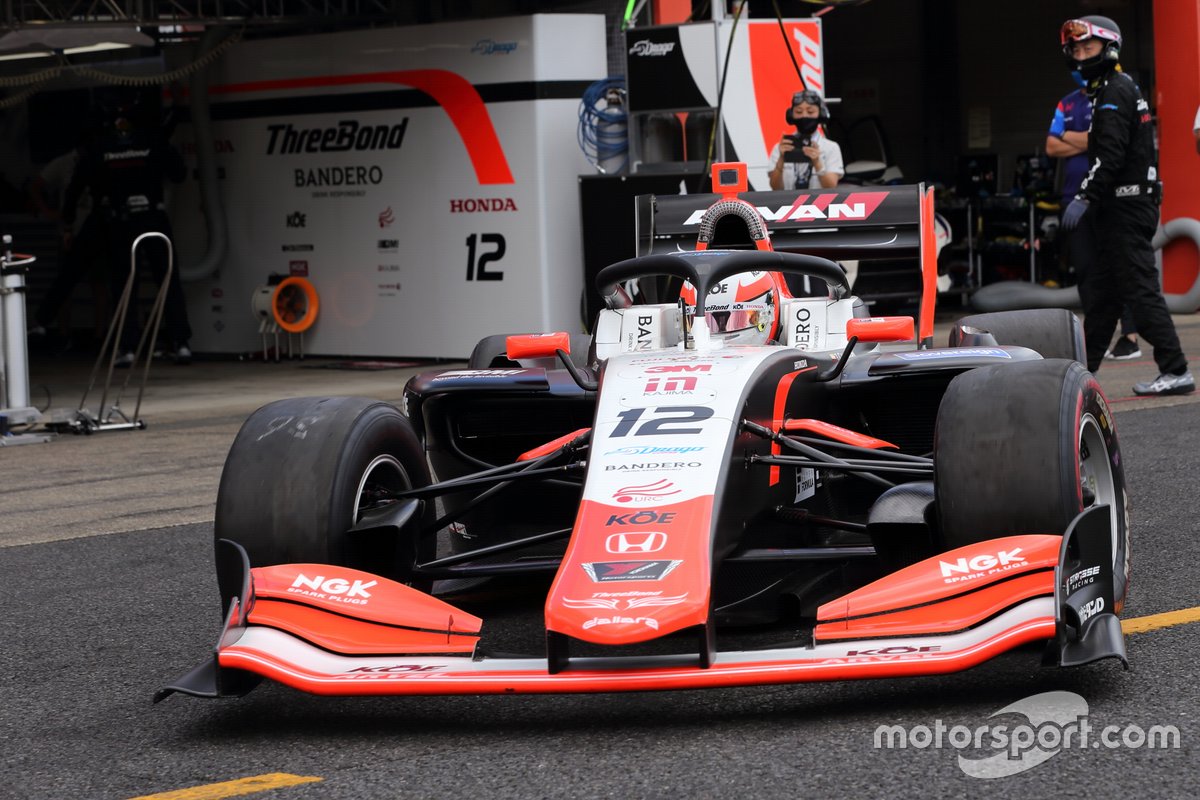 Contrasting the sweltering Motegi heat with the much cooler conditions of the Fuji test, she added: "In Fuji, the the warm-up procedure was very different to what we are doing now. We’ve only used to two sets of new tyres, so I’m still not sure on my warm-up procedure.

"But in terms of long runs, the tyre is quite consistent if you are in the window. For me it was important to feel that. We did two long runs and I felt an improvement on the second one."

Calderon is the only one of Super Formula's four foreign-based international drivers able to race at Motegi this weekend, as Juri Vips, Sergio Sette Camara and Charles Milesi all fell foul of Japan's strict immigration rules.

Asked about her targets for the rest of the weekend, Calderon admitted that scoring points on her Super Formula debut would be a tall ask, but said she hopes she can at least progress out of her Q1 group on Sunday morning.

"Obviously it would be nice to go through to Q2, and then if we can score points, great, although for that I think we need some luck," she said. "Being in the top 12 would be good.

"Honestly, I’m feeling more and more confident. Qualifying is going to be difficult, because I have no information [from other drivers due to Drago Corse only running one car]. But I am satisfied with the information we got from these two days."