Like his predecessor O’Ward, Vips was drafted in without any prior testing and lost further track time when first practice was rained out on Friday, qualifying 19th.

He eventually finished 18th on his debut, having lost nearly 30 seconds after stalling out of his pitbox mid-race - something Vips felt cost him a possible top-10 finish.

Nakano was particularly encouraged by Vips’ showing, highlighting how he posted the fourth-fastest time in the final practice session on Sunday morning.

“The result [in practice] was exactly what we had imagined,” Nakano, a veteran of 33 grand prix starts in 1997-98, told Motorsport.com.

"Qualifying ended with such a [difficult] result, but as far as the data showed, I had the impression that if he had put together a proper lap, he could have advanced to Q2.

“Considering that his first race in a Super Formula car was at Suzuka, which is the most difficult track [in the series], Juri was good.

“The data showed how much he could improve [since qualifying], so it [the laptime] was within our expectation in the morning.

“We knew he is a driver with that kind of ability, and he didn’t make any mistakes and drove as expected. I have the impression there is more to come from this young talent."

Nakano watched practice from the outside of the Esses section, leaving his usual spot on the Mugen pit gantry.

Explaining the thinking being going trackside for the session, Nakano said: "It's an engineer's job to analyse data in a pit garage, so I think it's important not to point it out to them and look at things from a different angle.

“I'm an old man, so I felt the importance of going out and seeing first-hand how the car behaves. Juri was driving for the first time, so I was watching his driving style at the Esses.

“It’s still sector 1, the Esses especially, where the drivers coming from abroad are struggling. And we analyse from the outside why they’re struggling.”

“The Esses line could be wrong, the timing of turning could be slow etc. It is very easy to understand and it is a corner that makes the difference. I think the key to mastering Suzuka is the Esses.” 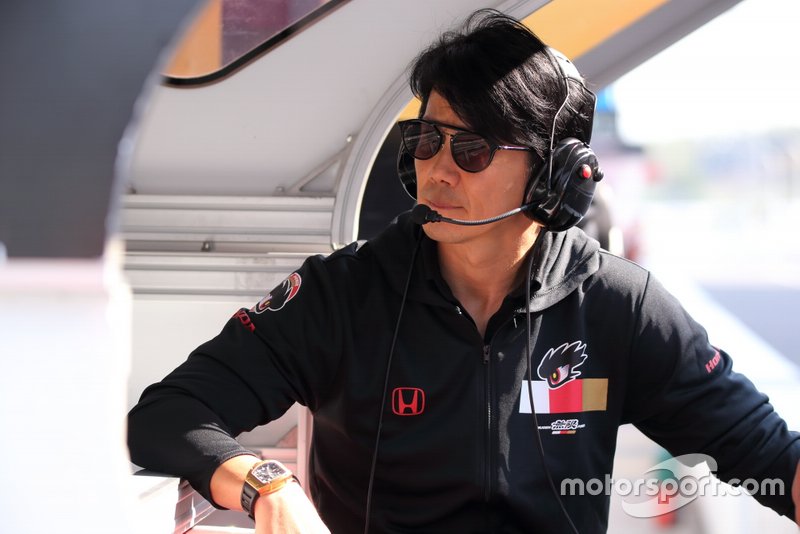 Vips’ teammate Tomoki Nojiri converted a front-row start to victory at Suzuka, ending a barren run stretching back to his maiden Super Formula campaign with Dandelion in 2014.

It was also the first victory for Mugen since Nakano, who drove for the Mugen Honda-powered Prost F1 team in 1997, took over the team director’s role at the start of the season.

“From this season, I have been involved in a different position as a director,” Nakano said in the post-race press conference. “I'm just a rookie myself, and I don't know how useful I’ve been.

“We have been struggling since the first half of the season, and I had a long period of trouble, including finding mechanics and engineers.

“However, in this race, it was a very well-balanced car from the start. After that, I mixed Nojiri's experience [with data analysis] and was able to secure good results after qualifying [on the front row].

“All the people in the team worked hard. I think it was really wonderful to have finished the final round in this way, and I think it serves as a good start for next year."