Vips, 20, was parachuted at short notice into the Team Mugen seat previously occupied by Patricio O'Ward, who has quit the Red Bull scheme to pursue a likely IndyCar opportunity, for this weekend's season finale at Suzuka.

Finishing that session 17th, Vips then ended up 10th and last in the opening qualifying segment, meaning he'll make his race debut on Sunday from 19th on the grid.

"I made a mistake on my fastest lap in practice, without that I would have been less than one tenth away from my teammate, which would have been quite good," Vips told Motorsport.com.

"In qualifying the experience comes into play, when you just have this one [hot] lap, and you have no references, just what’s in your mind from free practice… that’s where the experienced guys made the difference. That’s where I struggled.

"I looked at the data afterwards and I did a very bad job with the tyre preparation, which wasn’t ideal. I don’t think I would have got into Q2, but for sure I lost quite a bit of laptime with that.

"It’s just a lot of things to learn. I’m just here to gather as much experience as possible." 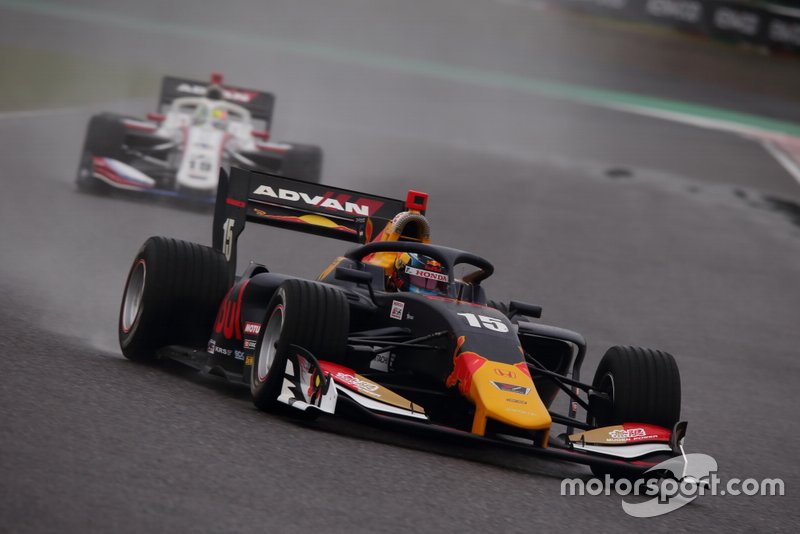 Asked where he hoped to finish his first-ever Super Formula race, Vips replied: "I don’t care about the result. I’m just here to learn and try and apply the information that the team gives me, do a good job without any mistakes.

"Proper pitstop, proper start, tyre management - I just need to get these things right, not [worry about] fighting for high positions."

He added: "I know there are expectations from Red Bull, but I just try and do the best job I can, just trying to get used to everything instead of really looking for performance."

As well as having to acclimatise to a new car and a new track, Vips cited the cultural differences between European racing and Super Formula as another hurdle to overcome.

"It’s very different to communication in Europe," he explained. "My engineer speaks English but there is certainly some understanding difference, a little bit of a language barrier.

"It’s just another thing that I have to get used to, because the culture in Japan, the engineering side is very different. They are a little more shy and very polite. They don’t talk so much, and I need to learn so much, and maybe this has been more difficult for me."

He described a full season of Super Formula in 2020 as "likely" but insists no final decisions have been made on his plans for next year.

"I haven’t heard anything from my boss Helmut," he clarified. "For next year I’m not sure what his plans are, but he wanted me here [this weekend]."