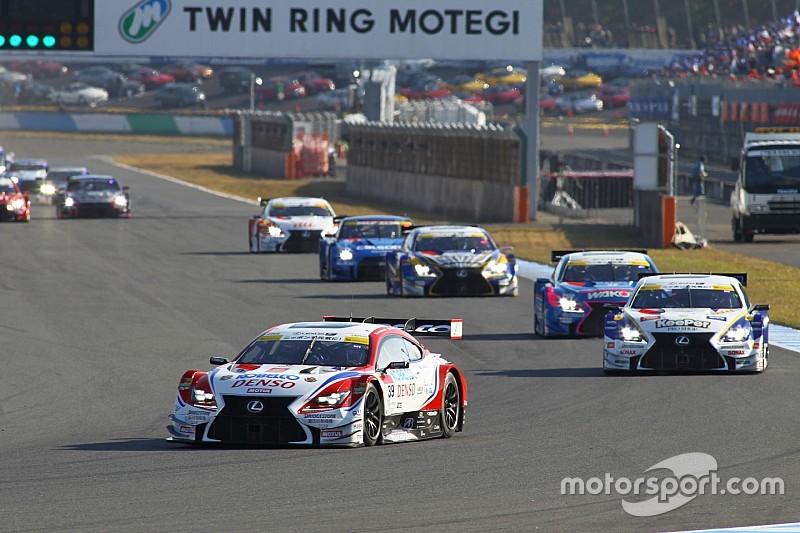 The final round of the 2019 Super GT season at Motegi has been pushed forward a week to avoid a clash with the FIA World Endurance Championship.

The initial 2019/20 WEC calendar released in August had the Shanghai round taking place on November 17, but this was then moved to November 10, as part of a reshuffle to prevent a clash between WEC's Fuji race and the Formula 1 Japanese Grand Prix.

GTA, the organiser of the Japanese series, has now moved to prevent the clash, switching the Motegi race date to November 3.

This will allow drivers who compete in both series, including Toyota LMP1 stars Kamui Kobayashi and Kazuki Nakajima, to contest the Super GT finale instead of missing it in favour of the WEC.

This also means that there will be a one week gap between the last rounds of Super GT and Super Taikyu, Japan’s other main sportscar racing series.

Super GT has also announced the official testing calendar for 2019, with the first test scheduled for Okayama International Circuit on March 16-17.

Defending champion Jenson Button will skip the WEC's Sebring round in favour of attending the Okayama test.

Fuji will host the second test just weeks later on March 30-31, while an in-season test is scheduled at Sportsland Sugo on August 10-11.

Juncadella in the frame for 2019 Nissan Super GT drive