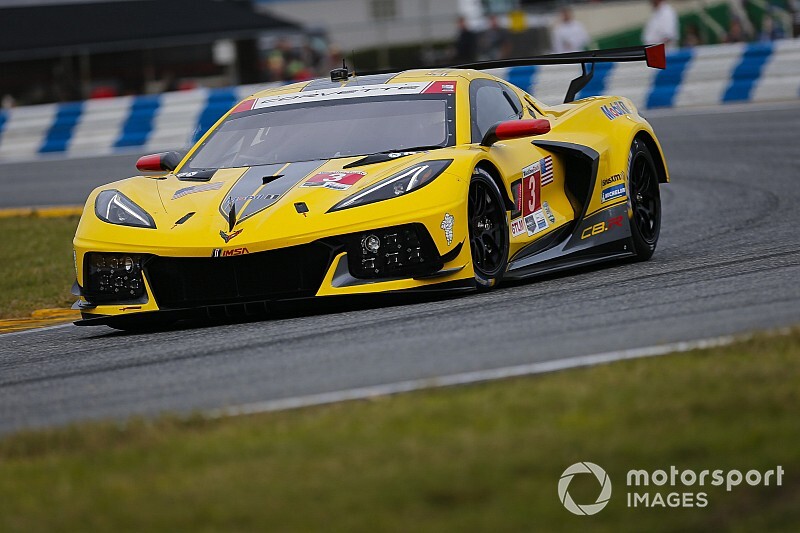 Corvette Racing will pull double duty during the Sebring 12 Hours weekend in March, entering a sole C8.R for the FIA World Endurance Championship event taking place on the same weekend.

The American marque will join the GTE Pro field in the Sebring 1000 Miles for a second year in a row, which will follow on from its appearance in the preceding WEC race at Austin.

Drivers have not yet been announced for the car, nor for Corvette's Austin outing.

Corvette's all-new C8.R made its race debut in last weekend's Rolex 24 at Daytona, the opening round of the 2020 WeatherTech SportsCar Championship, the #3 car finishing fourth in class in the hands of Antonio Garcia, Jordan Taylor and Nicky Catsburg.

The Sebring WEC race will mark the mid-engined model's third competitive appearance, immediately prior to its fourth outing in the IMSA race the following day.

While the GTE Pro field will be boosted to seven cars for the Sebring race, the size of the overall field is set to fall to 30 cars, as Cool Racing is absent from the draft entry list due to what the Swiss squad described as "incompatible logistical constraints."

It means the LMP2 class is due to feature only seven cars for the Florida event, while there are no changes listed in the other classes, with five LMP1 machines and 11 GTE Am cars completing the field.

JOTA Sport driver Antonio Felix da Costa is provisionally set to skip the race in order to prioritise his DS Techeetah commitments in Formula E, whose Sanya E-Prix will take place on the same weekend. No replacement has yet been announced.

Nyck de Vries is likewise due to race in Sanya with Mercedes, with his place in Racing Team Nederland's LMP2 line-up for Sebring being taken by Job van Uitert.

However, the recent outbreak of coronavirus in China could yet lead to the Sanya race being cancelled or postponed, which would allow da Costa and de Vries to race in Sebring.

The other drivers affected by the clash - Sebastien Buemi, Brendon Hartley (both Toyota) and James Calado (Ferrari) - were due to be racing in Sebring anyway.