Tatiana Calderon and Sophia Floersch are set to become the first prototype drivers since 2018 to contest a six-hour FIA World Endurance Championship race as a duo next month at Monza.

The pair are the only drivers listed at the wheel of the #1 Richard Mille Racing Oreca 07-Gibson for the 6 Hours of Monza on July 18, with regular teammate Beitske Visser skipping the race owing to a clash with the Silverstone round of the W Series.

It’s understood that the decision has been taken not to replace Visser and instead have Calderon and Floersch split driving duties for the Italian race between them – partly because of the relatively low physical demands of the high-speed Monza layout.

While two-driver line-ups for six-hour races have become commonplace in the GTE Pro class, partly because of the benefits of each driver getting more seat time and having to make fewer set-up compromises, it remains a rarity in the prototype ranks.

Indeed, the last time this happened was at the 2018 6 Hours of Fuji, where Ben Hanley and James Allen raced as a duo in the DragonSpeed BR Engineering BR1 LMP1 (pictured below). 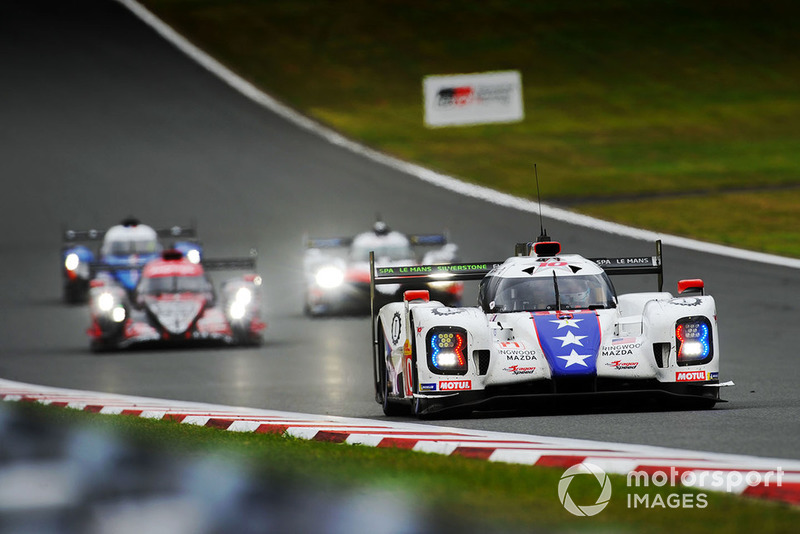 The last LMP2 team to field a two-driver line-up in a six-hour WEC race is Strakka Racing at Fuji back in 2016 with Jonny Kane and Lewis Williamson.

Calderon, Floersch and Visser enjoyed their best LMP2 result as a trio in last weekend’s 8 Hours of Portimao, as they finished sixth in class.

They first raced together last year in the European Le Mans Series, with Visser drafted in as a replacement for the injured Katherine Legge, before stepping up to the WEC for 2021.

Last August, they also became the first all-female prototype crew to contest the Le Mans 24 Hours in a prototype since 1991, finishing ninth in the LMP2 category.