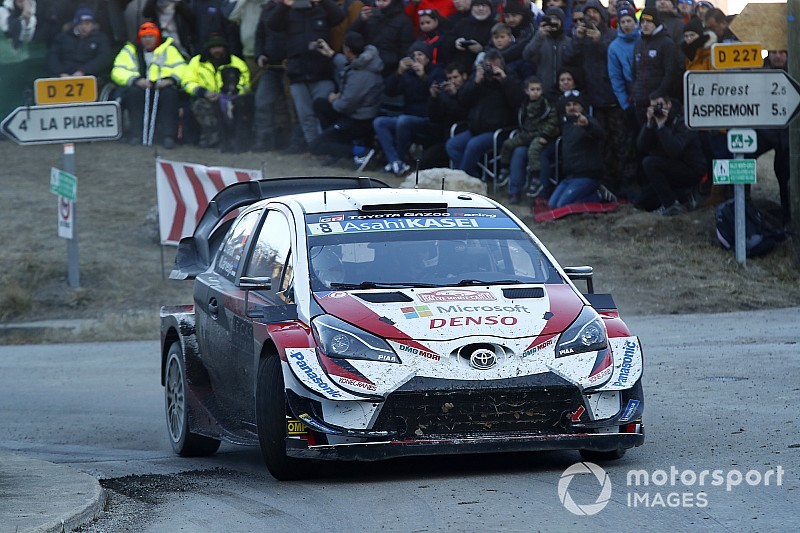 Makinen called for all three stages to be called off after it became clear Friday's opening one would be canned, stating it would be unfair to hand an advantage to a driver who had geared their tyre selection to the morning's second and third tests.

Matton pointed out that the decision to cancel stages lay with the Automobile Club de Monaco and specifically the clerk of the course.

The FIA's WRC safety delegate Michele Mouton feeds into that decision, but ultimately it comes from the event organiser.

Matton told Motorsport.com he was in agreement with the ACM's decisions through the morning.

He said: "I am quite surprised at so aggressive comments and [it's] not so professional to be so aggressive against the organisers and the FIA. He [Makinen] knows how difficult it is to manage spectators and how important safety is. Safety is the target number one for the future of rallying.

"We know the WRC is organised in a series of loops and you have to choose tyres for more than one stage. It's part of the game that sometimes you can win and sometimes you can lose, depending on your choice but also on what affects the event.

"I can understand it's his job to do everything to let his drivers win a rally and a championship, it's his role. But he also needs a global view on the championship, [if we] cancel this morning, what do on the next event when we have a similar situation with some different choices?"

Matton added that missing the end of day Meet the Crews session would only serve to penalise the fans.

"It's quite a strange situation to say he will not let his drivers make some promotion," said Matton. "Promotion is in the interest of the manufacturer he is working for.

"Also it's a kind of respect to the fans who are here for the whole weekend and standing in the cold weather in the stages and in the cold weather tonight to meet them. And, on the other hand, Meet the Crews is mandatory. It's part of the mandatory promotion programme of the championship."