FIA under pressure to introduce 'virtual chicanes' in WRC

The FIA has come under pressure to introduce 'virtual chicanes' in the World Rally Championship following the Rally Australia tractor incident.

Last Friday Hyundai driver Andreas Mikkelsen was forced to overtake a tractor travelling down the Sherwood stage, and crashed shortly afterwards. The FIA is investigating the incident.

The tractor had been used to rebuild a straw-bale chicane displaced by Jari-Matti Latvala and was returning to its off-stage position when Mikkelsen encountered it.

Some in the WRC now want to replace chicanes built on stages with 'virtual chicanes' - where cars would be forced to slow down to an agreed speed but there would be no obstacle or deviation to drive around.

Hyundai team manager Alain Penasse explained that the technology exists in the cars to introduce the virtual chicane concept, which he backs.

"It's a little bit like a pitlane restrictor in circuit racing," Penasse said. "We are told that, at a pre-agreed and very precise position, the car must not exceed, for example, 50km/h.

"The car travels for a set distance at that speed and then speeds up again. For me, this is a much better idea. I hate chicanes, so many accidents are caused by them."

It is understood that the Australia tractor incident occurred because the crew misjudged how long they had to rebuild the chicane between cars.

"Latvala hit the straw bale in the chicane and blocked the road," said a Motorsport.com source.

"The marshals on the scene decided to take the tractor and move the bale out of the road and back into position.

"They meant well and thought they had three minutes to do the job. Unfortunately Andreas arrived while they were driving the tractor back."

Drivers were understandably angry at the tractor incident, with Esapekka Lappi saying: "There is no excuse for this, it's absolutely f****** stupid. Somebody could have been killed.

"When the stage is running, we cannot ever have something like this."

FIA rally director Yves Matton said lessons would be learned from the tractor situation and confirmed that 'virtual chicanes' were an option.

"The organiser conducted a thorough investigation into the circumstances surrounding this incident," he said. "It is important to understand exactly why this happened as it did.

"The tractor was positioned there to ensure the stage didn't get blocked by a displaced chicane, but greater co-ordination of its movement was required.

"We continue to study alternative speed reduction solutions, one of which is virtual chicanes." 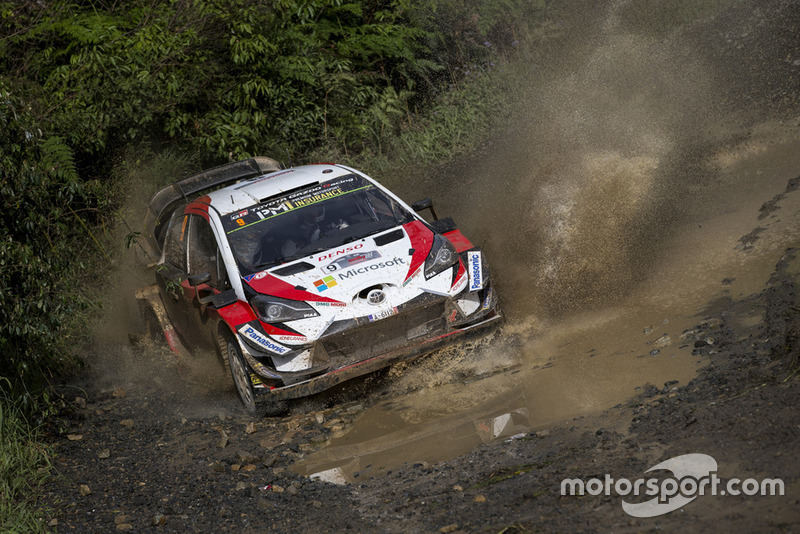 How Toyota transformed an F1 hopeful into a factory WRC driver

Having originally started out in karting and single-seaters to follow his dream of making it to Formula 1, Takamoto Katsuta's career instead changed course into the world of rallying. A breakthrough 2022 WRC season has lifted Katsuta into Toyota's factory line-up - but it's been a long road to the top level

The World Rally Championship welcomed in a new hybrid era in 2022, presenting an unknown challenge to the planet's top rally aces. New records were broken, as Toyota's leading charge became the youngest-ever title-winner, while familiar returning faces mixed it up with the new generation. Motorsport.com picks out the 10 best performers from the year