Leon Haslam says it was a "long process" becoming a Honda works rider in World Superbike after being unveiled as the Japanese marque's second rider for 2020 this week.

One-time British Superbike champion and 2010 WSBK runner-up Haslam was named as Alvaro Bautista's teammate for next season on Tuesday, at the same time Honda revealed the new Fireblade model upon which its 2020 challenger will be based.

After he helped Kawasaki to victory in the Suzuka 8 Hours in July, it had been anticipated that Haslam would be given a second season at the factory KRT outfit alongside five-time world champion Jonathan Rea.

However, after the summer break it emerged that Haslam would be losing his ride to Alex Lowes, and although he still had an offer to remain within the Kawasaki fold the 36-year-old had already entered into talks with Honda about partnering Bautista.

"Obviously there was a lot of speculation with what was happening with Honda and also rumours of Alvaro," said Haslam when asked to clarify the situation at Kawasaki.

"My situation was not clear for a lot of this year, and when it became that it was not very clear what I was doing, the conversations [with Honda] began after Suzuka.

"For me it has been a long process. There were opportunities to stay in Kawasaki, but many things have changed, especially for next year. Many riders are changing manufacturers, I think it’s the biggest changing of seats I’ve ever seen in World Superbike.

"So naturally there were many things to consider, but when the reality of this Honda and HRC was available, for me it was my top priority."

On his expectations for the 2020 season, Haslam said: "Obviously HRC speaks for itself, what they’ve achieved. Having them behind the project is massive.

"But the reality of it is it’s a new bike, a new team that has to find its way of World Superbike, Pirelli tyres, me and Alvaro as riders. Lots of work to do.

"We’ve both worked with Honda before, we’ve both won in WSBK, we know the situation. The experience of both me and Alvaro, we can bring a lot to the table and hopefully this will bring it into winning ways."

Haslam also clarified that his agreement with Honda is for only one year, as "we'll have to wait and see how the project goes".

He added: "The main focus now is testing and round one. Alvaro seems very excited for the project, we get on really well so I think the dynamics of the team can be really strong.

"I think it’s probably my best opportunity to be world champion; if that can be this [coming] year or in two or three years, that’s my ultimate aim. To win is why I’m here." 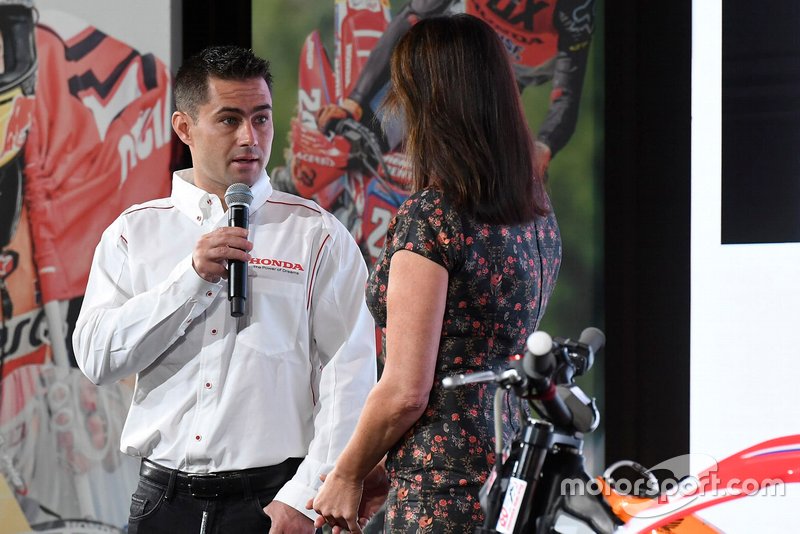