Nic Hamilton will rejoin the British Touring Car Championship in 2019 for his first full assault on the series at the wheel of a Motorbase Performance Ford Focus RS.

Hamilton, brother of five-time world champion Lewis, contested 12 rounds of BTCC in 2015 at the wheel of an Audi S3, but is set to tackle the full 30-race programme this time.

The programme will be backed by telecommunications firm ROKiT, which was also unveiled as the new title backer of the Williams Formula 1 team on Monday.

The 26-year-old, who has cerebral palsy and races a specially adapted car, said: “I can’t actually believe that I will be back on the grid this year. I have been in and out of different series since I started racing due to a lack of funding and general support.

“A lot of people assume that due to my name, I will have all the funding in the world. This could not be any further from the truth. I have been on my own for the past six years, grinding away, trying to get a full season under my belt with all the support I need.

“I have not had a continuous career in motorsport that allows me to work on my foundation. I have just been testing at the races, doing a decent job due to my funding level and experience, but getting judged on who I am related to.”

The Motorbase cars will be shaken down in mid-February before the team heads to Spain for an intensive testing schedule ahead the 2019 campaign.

Motorbase Performance team principal David Bartrum said he was delighted to be welcoming Hamilton into the Kent-based squad: “He brings a different type of journey for us to go on with him. He also brings with him a steely determination, a willingness to learn and a craving to succeed.

“His approach is very professional and I would defy anyone to spend five minutes in his company not to be inspired by him.” 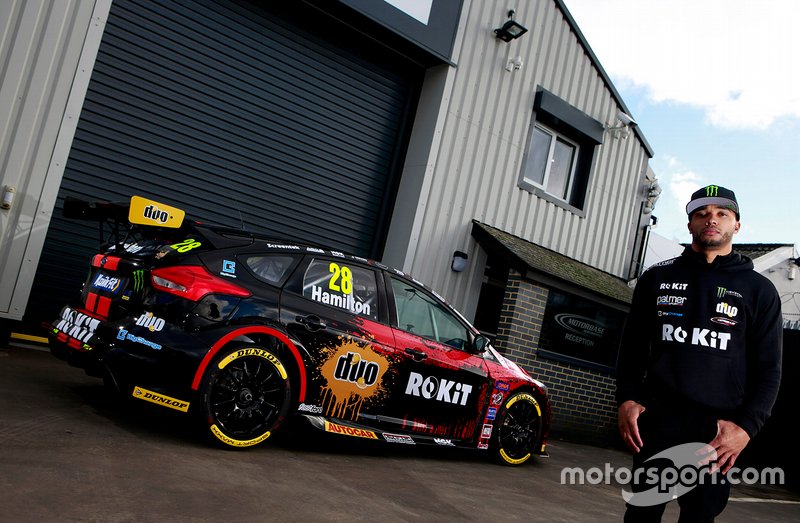 Hamilton: "Huge" for Mercedes F1 to beat both Ferraris in Hungary