Reigning Dakar bikes winner Toby Price hopes to use a future switch to four wheels to prolong his career.

The KTM star has already began the transition from two wheels to four, having made a number of starts in the car category at the Finke Desert Race over recent years, as well as appearances in both the Stadium Super Trucks and the Supercars-run SuperUtes series.

He even went heartbreakingly close to winning this year's Finke in his Red Bull-backed Trophy Truck, a mechanical problem on the return leg robbing him of victory.

Having battled through multiple fitness problems throughout his bike career, including a broken scaphoid that plagued his successful Dakar campaign back in January, Price predicts he only has five to eight years left as a top-level rider.

However, he reckons a move to the cars category could prolong his Dakar career until he is 60.

"Yeah 100 percent," he told Motorsport.com when asked if his plan was to contest Dakar in a car in the future. "That's what we're trying to chase and run with.

"I know my two-wheel career won't last forever, so I'm hoping for another five to eight-year window of riding on two wheels. The ultimate goal and plan is to make the switch to four wheels and keep competing until I'm 55 or 60.

"It's a hard thing to get into, the cars, which is why I'm trying to start on it a little bit earlier, just to get a little bit of background in it. So if I ever get a chance to drive or test for a Dakar team, I can rock up with all my gear and have idea of how to start the car and how everything works and where al the gauges are and what it all does, rather than starting cold turkey.

"It might work, it might not. We're just trying to take those chances when we can. If it works it works, if it doesn't we gave it a crack."

Price will race a Mitsubishi Triton as part of a nine-car SuperUtes field in Townsville this weekend. 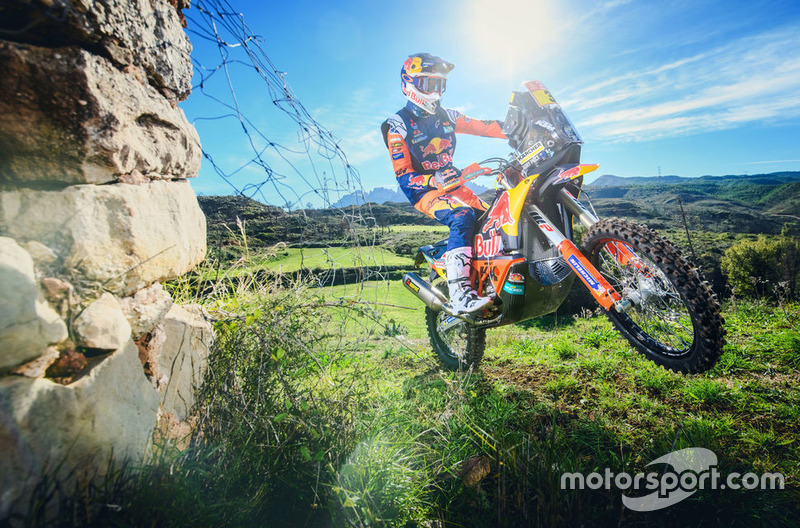