Dakar star Toby Price has joined the fundraising effort for bushfire relief in his native Australia. 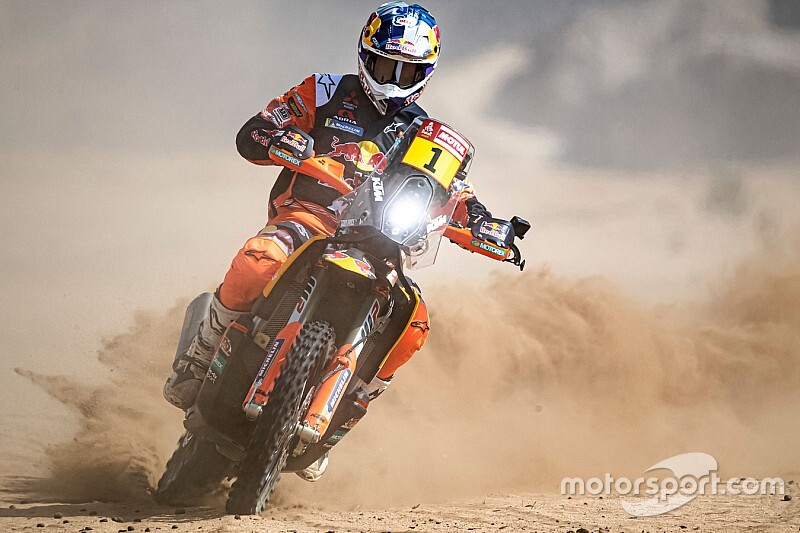 As the catastrophic fires continue to burn through the bushland on Australia's east coast, the reigning Bikes winner has put his jersey and pants from the start of this year's Dakar up for auction through his Facebook page.

The current highest bid at $13,001, with all proceeds to be donated to the New South Wales Rural Fire Service.

Price won the opening stage of the 2020 Dakar, but slipped back to ninth on Day 2.

"The firefighters are dealing with a much bigger challenge than I'm going to be facing in the next 12 days," said Price.

"If I can help out, I'm all for it. Please jump on board and help these guys out. If we can help put in any way, whether it's buying some more pumps or food and keeping these guys charging on. It's quite devastating to see."

Supercars powerhouse Triple Eight has also joined the fundraising drive, pledging $25,000 to the Red Cross, while young Aussie driver Thomas Randle has put the suit he wore to partner Lee Holdsworth to third at last year's Sandown 500 up for auction.

In the entertainment world Kylie and Dannii Minogue, and Nicole Kidman and Keith Urban have made significant financial contributions (totally $1,000,000), as a Facebook fundraiser started by local comedian Celeste Barber eclipsed $40,000,000.

We feared Alonso’s Dakar was over, admits co-driver Coma