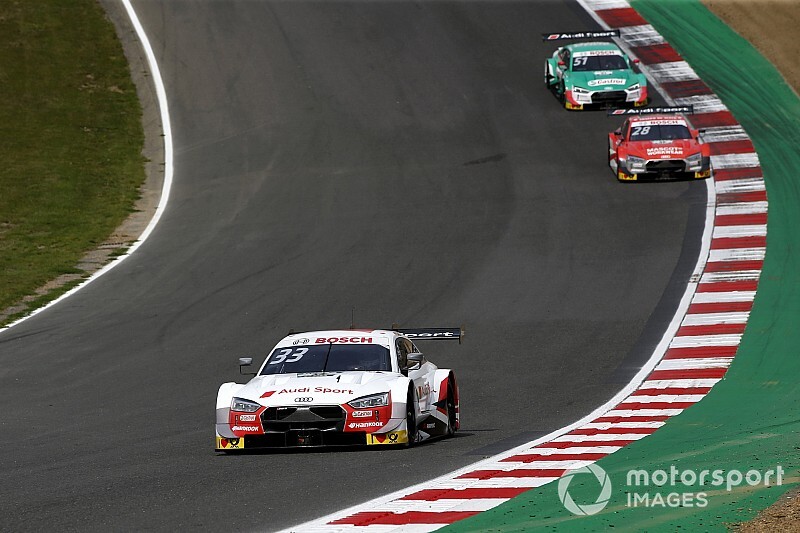 Audi has announced that Rene Rast, Mike Rockenfeller, Loic Duval and Benoit Treluyer will represent the German brand in the first-ever joint race between DTM and SUPER GT at Fuji Speedway.

It was revealed earlier this week that Audi will field four entries at the Japanese venue, with three factory-entered RS5s to be supplemented by a single WRT-run car.

Rast, Rockenfeller and Duval are all part of Audi’s 2019 DTM line-up, while multiple Le Mans 24 Hours winner Treluyer has been called in for his past experience of racing in Japan.

Treluyer won the 2008 SUPER GT title with Satoshi Motoyama, while his last stint in Japan also yielded a Super Formula title in 2006.

Duval is another driver to have competed in both of Japan’s premier racing series, and claimed the Super Formula title in 2009 before repeating the success in SUPER GT the following year.

Rast and Duval will drive for the same teams with which they compete in DTM - namely Team Rosberg and Team Phoenix respectively - while Rockenfeller has been moved across from Phoenix to the Abt sportsline team with which he scored his maiden DTM win back in 2011.

Treluyer, meanwhile, will pilot the sole WRT Audi, which has received support from Audi Japan and GT300 team Hitotsuyama Racing for the Fuji race.

Nico Muller and Robin Frijns were never in contention of a seat due to a clash with the ABB FIA Formula E's season opener in Riyadh.

“Obviously, we’d have preferred taking all of our drivers with us to Japan,” says Head of Audi Motorsport Dieter Gass.

“However, because of the concurrent Formula E season opener alone this wasn’t possible. I’m delighted that all three Audi Sport Teams will be on the grid at Fuji and that our customer team WRT also managed to carry out the commitment in Japan.”

BMW is yet to reveal its full driver line-up for the race, although Alex Zanardi was announced as the first of three drivers earlier this week. R-Motorsport Aston Martin will have no presence at Fuji, with the new-for-2019 entrant skipping the joint race in favour of more testing time.

The ‘SUPER GT x DTM Dream Race’ is scheduled for November 22-24 after the culmination of both SUPER GT and DTM seasons.

New Russian track in the frame to host DTM