The R-Motorsport Aston Martin squad has decided against competing in the DTM's joint race with SUPER GT at Fuji, leaving only BMW and Audi to represent the German series.

While DTM boss Gerhard Berger told select media that the decision was "not confirmed yet", Motorsport.com has been told that R-Motorsport and Aston's decision is final.

Instead, R-Motorsport and Aston will prioritise the 2020 development of its Vantage DTMs as it continues to make up for its late commitment to the series in '19 and improve its HWA-built, Aston-branded engine's weakness.

When Motorsport.com asked R-Motorsport team principal Florian Kamelger whether Aston had decided on its Fuji plans, he said: "I'm regrettably having to say we won't be in Fuji because we [want to] focus 100 percent on the 2020 season.

"We took that decision together with Andy [Palmer, Aston Martin CEO] and with Aston. I know it is a frustrating message to the outside world.

"Nevertheless, I know that this is the first one of many and we more than ever 100 percent committed to do the world series between the DTM and SUPER GT and go into SUPER GT [in the future] too."

While the DTM will only send "between six and 10 cars" to Fuji, R-Motorsport's cars would have been away from its base for a month and the team believes it would have impacted its development plans.

The squad also has the smallest budget in the series - believed to be €20million - and Kamelger said costs of the Fuji race and logistics played a part in its decision. 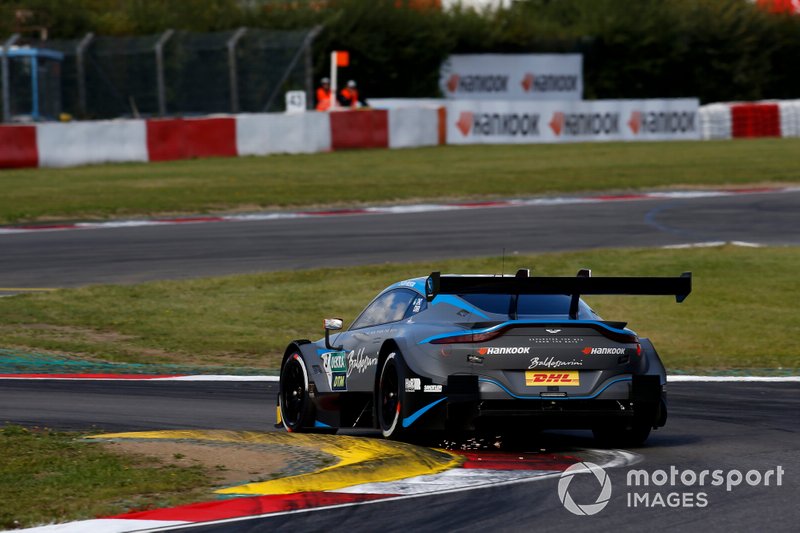 Aston CEO Palmer has repeatedly stated that Japan, and more widely Asia, is an important market for the manufacturer. Palmer has links to Japan from his time as Nissan's Chief Planning Officer, working closely with its motorsport arm NISMO.

Speaking about the Fuji race, Palmer said: “That is too early for us to get there. I would have loved to be there. I lived in Japan for 13 years, but I am still hopeful that those two series will find a way of working together.

"Japan is the second-biggest luxury car market in the world, so it is an important market for us. Our largest dealer is in Tokyo, so that is part of the goals for the future.”

When Motorsport.com asked if Berger could understand R-Motorsport and Aston's reasoning, he said: "Yeah, because they are really fighting [with] a limited number of people.

"I'm on one side [disappointed] if they don't come to Japan, but on the other side the most important thing is next year to have three manufacturers from the beginning fighting for the win [in DTM]."

During Berger's press conference, other details about both SUPER GT's Hockenheim presence and the Fuji joint-event were confirmed by the DTM.

Of the SUPER GT line-up at Hockenheim, only 2009 Formula 1 world champion Jenson Button will compete in both races, with Lexus and Nissan sharing their driving duties out between the two drivers that are each representing the marques.

The SUPER GT field will also have two one-hour practice sessions ahead of the Hockenheim round to help with the equalisation process.

For Fuji, both BMW and Audi are set to confirm driver line-ups at Hockenheim - with Audi keen to involve customer squad WRT too.

TV details are still being negotiated for the Fuji joint race but, in regions where a TV broadcaster does not pick up the rights, the DTM will offer a live stream.

Maximum suspense prior to DTM showdown at Hockenheim

Hockenheimring Baden-Württemberg is the perfect stage for a dramatic decision in the 2022 DTM title battle from 7th till 9th October.

The DTM is considering banning one-car teams from taking part in the championship from 2023 due to limited pitlane space at some tracks.

Why DTM changed its mind on pivotal Porsche penalty

Porsche driver Thomas Preining was hit with a 10-second time penalty for a collision with Audi rival Nico Muller at the Red Bull Ring, only for the DTM to clear him of any wrongdoing more than three hours after the race. Here’s why the series took the unusual step of withdrawing a mid-race penalty.

Rast got "punished" for conservative strategy in Austria DTM race

Audi’s DTM title hope Rene Rast feels he got “punished” for being conservative with his strategy after tumbling to a disappointing 10th-place finish at the Red Bull Ring.