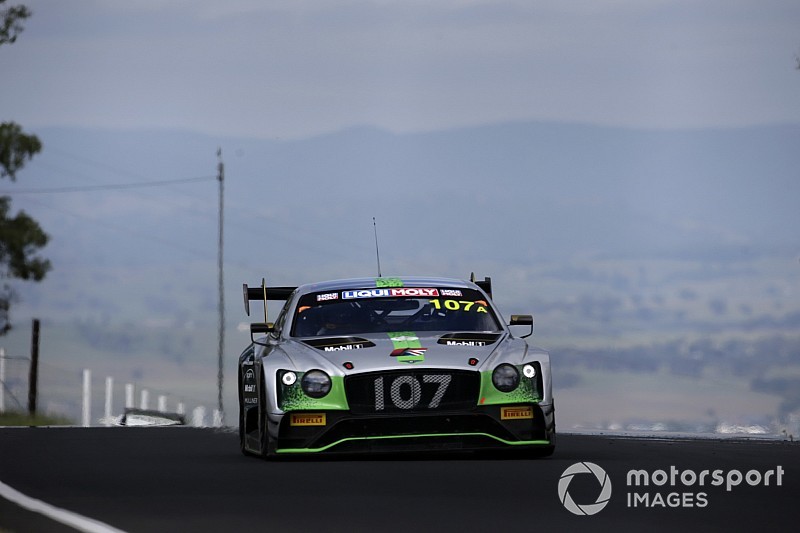 Jules Gounon put the #107 M-Sport Bentley on top in the final pre-qualifying practice session at the Bathurst 12 Hour.

The Frenchman put the latest-spec Continental – making its Bathurst debut – out front with a 2m03.080s with 13-minutes of the hour-long session remaining.

Co-driver Steven Kane did have one crack at besting the time right at the death, going quickest through the first sector on his final lap. However he backed out of it after that, the car having already locked down top spot.

The #2 Valvoline Audi ended up second fastest thanks to a 2m03.393s set by Christopher Haase with just over 20 minutes to, which at that point was the benchmark time.

The sister #22 R8 was third quickest, Kelvin van der Linde with a late 2m03.407s, while the #42 Schnitzer BMW was shuffled back to fourth after Dirk Werner's time had it leading the way in the early part of the session.

Once again both Bentleys were in the Top 10, the #108 car finishing up eighth, while the #27 HubAuto Ferrari was ninth.