Formula 1 champion Jenson Button’s Extreme E team will contest the second season of the electric SUV series and has signed defending champion Molly Taylor for the opening round.

Button, who contested the inaugural race in AlUla, Saudi Arabia last year before stepping aside for Kevin Hansen, has been candid about his team’s chances of returning this year.

He told Motorsport.com at the final 2021 event in Dorset that “I look forward to hopefully being involved if we can find some more funding. There’s still work to do to find major partners.”

In recent weeks, series bosses had renewed confidence that the JBXE outfit would return but it has taken until the week of the Neom, Saudi Arabia round for the line-up to be locked in.

JBXE will retain the services of Hansen, the World Rallycross event winner, who guided the team to third in the standings alongside team-mate Mikaela Ahlin-Kottulinsky.

Adding to the concern over the future of JBXE, Ahlin-Kottulinsky was then recruited for 2022 by the defending champion team Rosberg X Racing to partner Johan Kristoffersson.

That left Molly Taylor, who 2016 F1 champion Nico Rosberg had signed via a direct message on her website, without a drive despite winning three of five rounds last season. 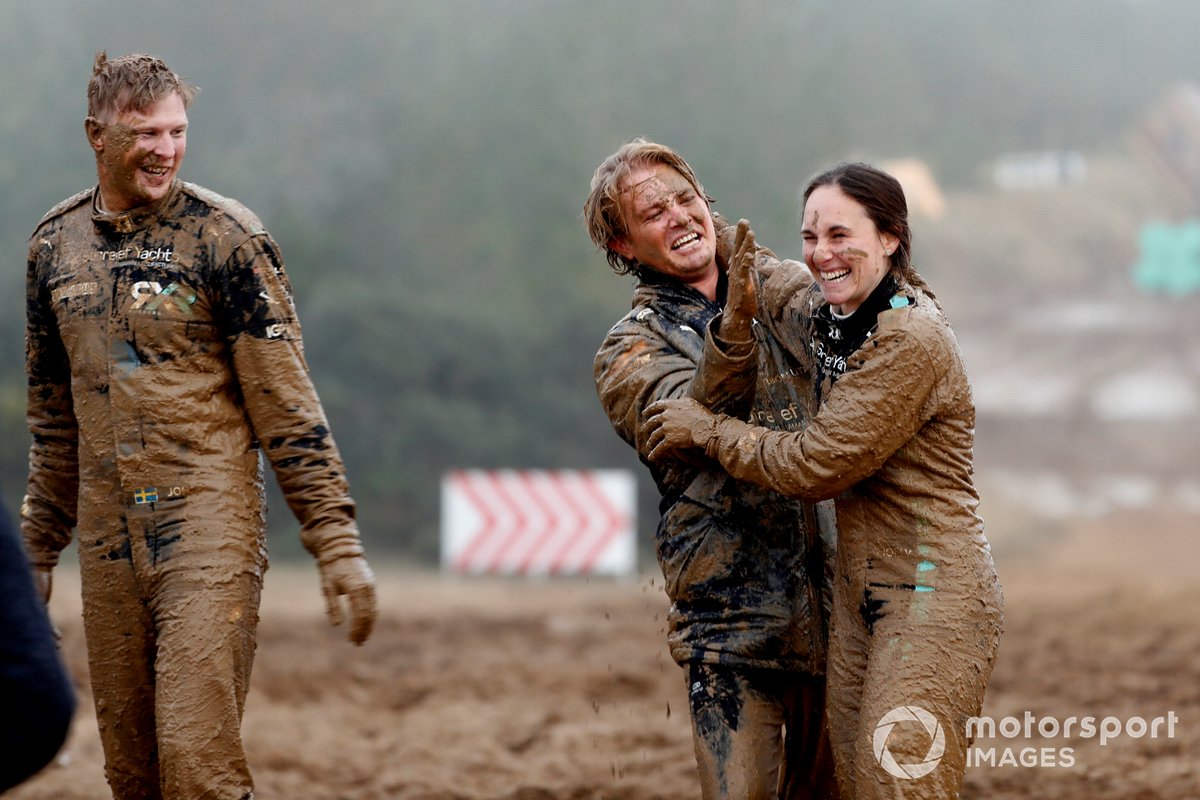 But the 2016 Australian national rally champion has now landed what is initially a one-shot deal to partner Hansen at JBXE for the 19-20 February event in the Saudi straight-line city.

Taylor - who cited “complex realities that exist within motorsport, often outside of a driver’s control” behind the split with RXR - said: “I had an incredible year with Extreme E in 2021 and I believe wholeheartedly in what the competition represents both with respect to its commitment to sustainability and gender equality.

“Having had the benefit of a win in last year’s championship, when the call came to join the JBXE team ahead of this weekend’s race, I thought why not.

“I’m looking forward to getting my teeth stuck into the Desert X-Prix this weekend.”

While there is no confirmation that JBXE and Taylor will contest the full five round campaign in 2022, it does ensure Extreme E grows to a 10-team grid for the new season.

Although McLaren Racing will make its series debut this weekend with drivers Tanner Foust and Emma Gilmour, there was also uncertainty over the participation of Xite Energy Racing.

Xite Energy, the crucial backer of the Hispano Suiza race team, was believed to be considering a split as a team partner and overall series sponsor. However, the company’s founder Oliver Bennett has stayed put and will continue to race.

The Bristolian will have official series reserve driver Tamara Molinaro as his team-mate for a one-off, following new signing Klara Andersson testing positive for COVID-19.

Button added: “To be able to bring Molly into the team is fantastic news for JBXE.

“Having won the championship last year, she obviously brings a huge amount to the table so I’m incredibly excited to see her and Kevin in action this weekend.”

McLaren has announced a new strategic partnership with Neom, a government-backed smart city project in Saudi Arabia, that will serve as the title sponsor of its electric racing teams.

A collision, a penalty, and much information gathered: the first round of the 2022 Extreme E competition hasn’t coped CUPRA’s expectations. The team couldn’t reach the final due to a penalty received after an incident between Nasser Al-Attiyah and Carlos Sainz.