How F1 plans to get through fresh quarantine headache 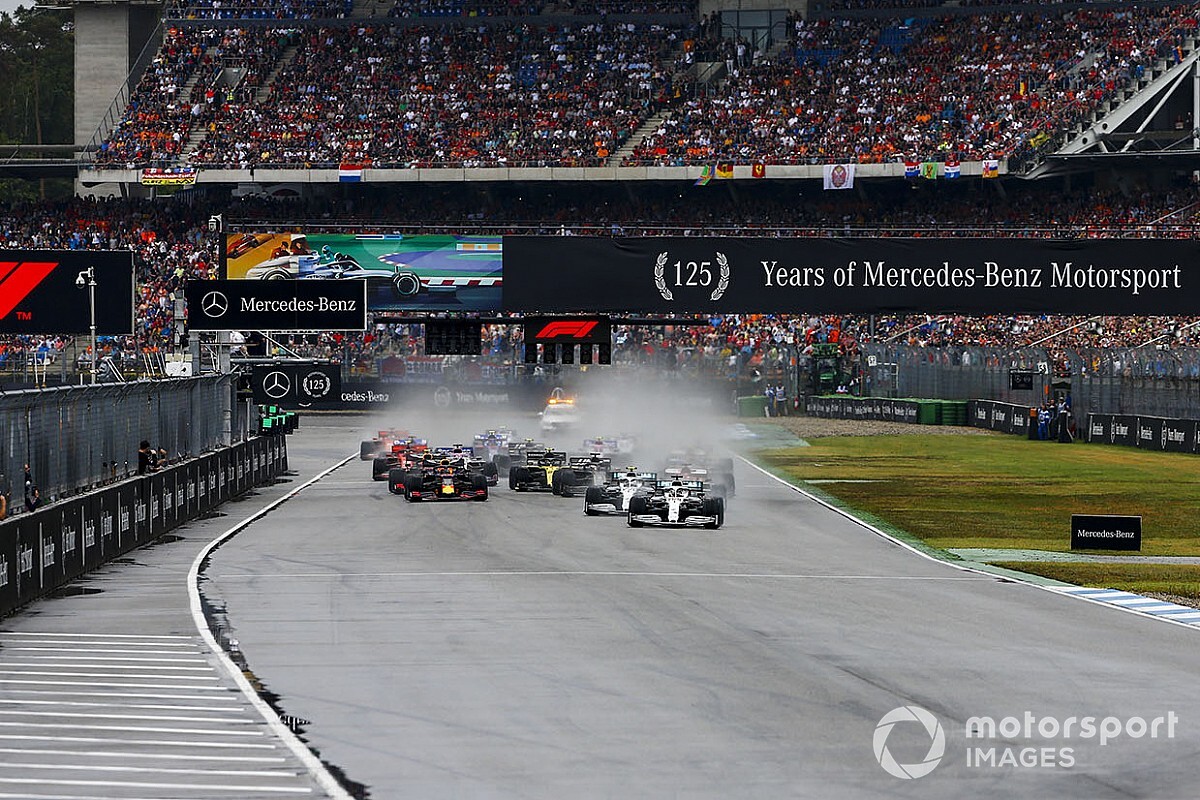 The mounting indications that the UK government will not exempt travelling Formula 1 personnel from the upcoming 14-day quarantine restrictions has thrown yet another spanner in the works as Chase Carey and his colleagues try to nail down a tenable 2020 schedule.

In reality it won't be the last headache, as rules and regulations related to COVID-19 will continue to evolve in the places around the world that the sport is planning to visit this year.

And most of those will be far more complex to deal with than the country where seven of the 10 teams and the F1 organisation itself is based.

It's now clear that, if F1's final lobbying efforts fail and the government does not exempt top line sports from the quarantine restrictions, then the two British GP races can't happen as currently scheduled on July 26 and August 2.

If things play out that way, then it's understood the plan will be to begin the season with a series of three or four races on the continent, with one or two races at Hockenheim likely to follow on from the two events in Austria.

As reported last week, the German venue has been on standby, and is flexible on dates.

That would mean all UK-based personnel from the F1, F2 and F3 teams, and the F1 organisation itself, staying away from home for up a month. They would then return home to face the 14-day quarantine before any subsequent races.

In theory any travelling team personnel would have to self-isolate at home and not be allowed to visit the factory before they head off on the next trip.

Engineers can debrief remotely via Zoom, but it remains to be seen how many of the seven UK F1 teams have sufficient hands-on personnel to be able to cover for the absent travelling staff members without missing a beat while cars are prepared between trips.

These days travelling mechanics don't go straight back to work on Monday, and they have some time off between the races. Nevertheless it will be harder for the smaller outfits to deal with the absence of key people.

Given that extended flyway round trips have already been factored in later in the year, that end of the calendar is not affected as such – it's the earlier European leg that now has to be revamped.

Plans for a UK quarantine, expected to start in early June, first emerged a couple of weeks ago. It was said initially that the only exemptions would be truck drivers delivering essential goods.

However at the same time, prime minister Boris Johnson and his government were making it clear that a resumption of major sporting events was seen as a way of introducing some normality back to life. It was with that in mind that F1 hoped to be granted an exemption.

It was able to demonstrate that it had a clear plan that would see all travel by personnel carefully controlled.

Key to that was that anyone heading to Austria would be tested first and carry a certificate, and then tested regularly over the two race weekends. They would then have a piece of paper to show on entering or re-entering the UK.

F1 seemed confident that the issue had been addressed, and the news last week that a commercial deal had been concluded with Silverstone was further evidence of that, although circuit boss Stuart Pringle made it clear that it was subject to regulations.

It now seems that the testing provisions have not proved sufficient though.

The suggestion is that the British government has realised that by exempting F1 – as well as other travelling sporting organisations such as football teams competing in UEFA competitions – the door will be opened for every other business and industry to demand similar treatment.

It's worth noting that this impasse has been reached in a country where F1 has a direct line to the UK government, and there is also some obvious motivation to protect the local racing industry.

In places like Bahrain and Abu Dhabi the race promoter is in effect an arm of the government, and thus there's one conversation to be had about any immigration and quarantine issues for F1 folk.

But in many other countries – Japan and the USA are probably among the most extreme examples – central governments won't even know what F1 is, and the chances of being able to negotiate around any restrictions will be slim.

It's a near impossible task for Chloe Targett-Adams, F1's global director of promoters and business relations, who is charged with putting the calendar together. Even without COVID-19, squeezing all the races in is a feat.

"The logistics are always complex in being able to get round the world in such small amounts of time," she told Motorsport.com in 2018.

"It's also the personnel requirements, operational requirements, not just for our TV production and our wider events team, but clearly the most important part are the teams, so that they can turn up and race.

"We know there's always going to be a potential compromise, it may be on man hours, it may be on logistics. Ultimately it's our role to make sure that we get the racing equipment and freight there on time, and it works as seamlessly as possible, to create efficiencies and also to ensure the people are less tired.

"I describe it as a really complex Rubik's Cube, and it's a real challenge to logistically manage."

Why Villeneuve failed to repeat his father’s Monaco success