Bahrain Grand Prix chiefs say they are ready to hold a Formula 1 race on their 'oval' outer circuit, despite being caught off guard when the idea first emerged last week.

For when F1's managing director of motorsport Ross Brawn suggested a few days ago that the outer circuit was a possible alternative for a second race at the venue, the proposal was new to the management of Bahrain International Circuit.

"They did say a while ago would you open to running more than one race if we had issues in finding alternatives? That's the only thing I've had officially from F1.

"That was pretty early on, when they were trying to finalise the European races. So we said we can look into that.

"This idea of a different configuration was new, especially with the details that Ross went in to. But it's interesting, and it is doable."

The idea might be novel to BIC, but it has clearly been analysed within the F1 organisation.

Brawn has some smart people working for him, including head of vehicle performance Craig Wilson. The former Williams engineer has a specific brief to study circuits and promote overtaking opportunities, and he has contributed to the designs of the Hanoi and Miami tracks.

An intriguing aspect of the outer circuit is that F1 has nearly used it in the past, as the longer endurance layout used as a one-off for 2010 grand prix utilised most of it.

Had the cars gone straight at the endurance track's Turns 9/10, cutting out all of the twisty infield, they would have re-joined the outer circuit in a matter of seconds.

"We've never used it for a race," says Sheikh Salman of the outer layout. "It was mainly designed so that you can run the inner track and the outer track at the same time.

"That loop, which Ross calls the oval, is a separate track from the inner track which we use for club racing.

"What we've done in the past is use it for corporate events – especially Rolls Royce events where they didn't want hard braking and corners."

BIC chief operating officer and Bahrain GP clerk of the course Fayez Ramzy, who is also on the FIA's circuits commission, says that the outer circuit is officially ready to be used by F1.

"As far as homologation and safety are concerned, I've walked that circuit with Charlie Whiting," says Ramzy. "He's the one who homologated it back then.

"So from the FIA circuit commission's point of view it's pretty much the endurance circuit minus a bit, with a small straight connecting it. Marshalling wise, sporting wise, operationally, timing loops, it's ready to go." 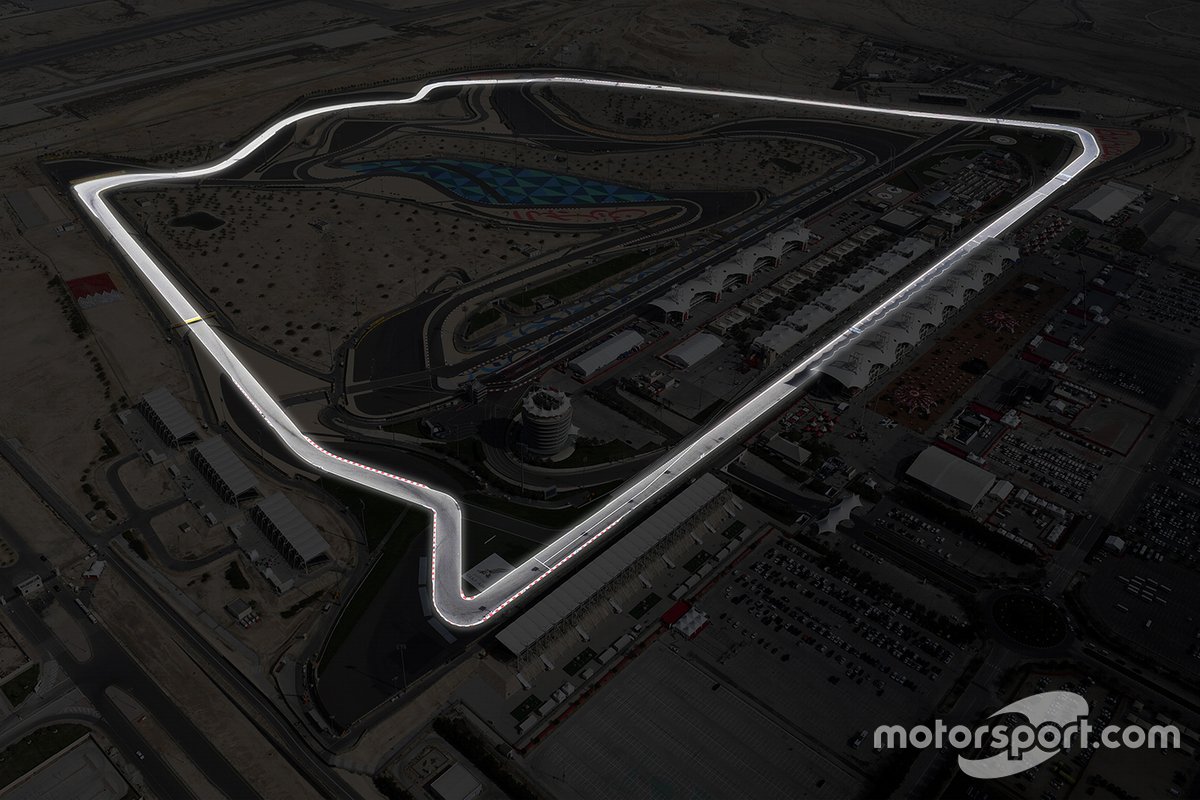 It would be a spectacularly fast track for F1 cars, with a very short lap time. At 3.543km it is 1.8km shorter than the regular Grand Prix circuit – and it is 0.7km shorter than the Red Bull Ring, where last year's pole was achieved in 63 seconds.

It will certainly be very busy when drivers are trying to find a clear lap in qualifying.

"It's a low downforce track," says Sheikh Salman. "There's no way I'm going to compare it to Monza, but it's a track where you're going to run the cars on minimum downforce, so there will be slipstreaming. Hopefully we can have three DRS zones."

There should be decent overtaking opportunities too.

"You've still got Turn 1 and Turn 4, and usually the people who make mistakes in Turn 1 lose out on the run up to Turn 4. There are a few passing opportunities there.

"Out of Turn 4/5/6 would be flat out in an F1 car. And then really braking hard at a sharp angle and hitting that chicane and back out again. It's an area for mistakes to happen, but maybe not passing.

"And then you've got another straight to go into the last corner – an extra two or three hundred metres compared to the GP track. It's almost as long as the pit straight."

As Brawn noted, one issue is that all the cabling around the track for TV and the loops for the marshalling and timing systems would have to be in place to run two different layouts within a week, but it's not too difficult a task.

At the moment it's all academic as F1's plans for the second half of the year are still not official. Provisionally Abu Dhabi has been moved back to December 13, opening up November 29 and December 6 for a pair of Bahrain races.

"We're still waiting for certain things to be announced," says Sheikh Salman. "It's still broad in terms of our race and Abu Dhabi. It's still not set.

"Is it a full-on paddock, or is it half? These are questions that we're asking ourselves. We're trying to ask the government here as well. Today the laws in Bahrain haven't changed much for public events, so it's still up in the air for us.

"So there are things that would help us if we knew officially. I'm working with the government here, asking when is this going to change? And they can't answer that now.

"There are travel restrictions, there are local restrictions. There's a lot of talk around it – what will the world be like when airlines fly again? There are certain countries with a 14-day quarantine. Is that going to continue or not?

"As much as we'd like those answers quickly we also understand that it's a bit foolish to think that they can be answered now."

However, the track can't wait too long to know about the F1 dates, so that planning can commence.

"It's summer now here so there's not much at the track," says Sheikh Salman. "Come September/October we do get busy.

"This year is kind of a question mark because currently we can't run much, but we have interest from race series coming from Asia. Also WEC have announced that they are here on November 21. That for me is a concern, running two internationals a week apart."

Although Brawn and F1 boss Chase Carey have both suggested that later races could be open to spectators, Bahrain is prepared to run behind closed doors.

"We were going to do that in March," says Sheikh Salman. "I think it was the right thing to do at that moment, and I think we'll approach it the same way.

"However if the world has moved on, and we can do it in a proper way, then we will.

"And I don't think it'd either/or. Maybe it could be open, but limited. I don't like to think either one way or the other, I try to keep our options open and generally do it in the right way. It will be interesting to see the European races, and how those go."

One issue that can't be overlooked is that, in theory, Bahrain will also host a round of the world championship in March 2021, and the planning and marketing for that would normally be ramping up in November.

It would also mean that the venue hosts three F1 events within four months.

"These are the things that are in my mind," Sheikh Salman admits. "That's a big ask for the team, and how do you package that?

"Those are the questions we are asking F1, and I think that's why they are taking their time to come back. I think they are focussing on this season, but for us it's important to understand. We have to plan for that."

Cowell to step down as Mercedes F1 engine boss