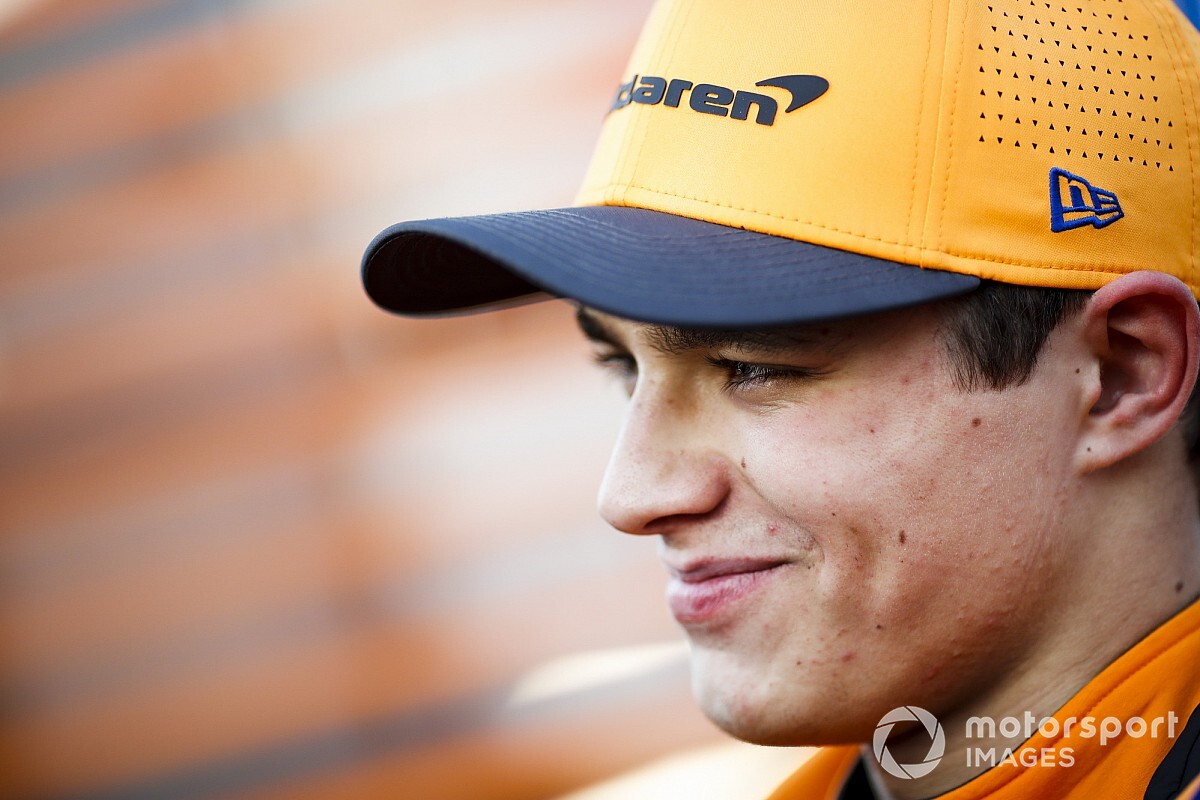 Lando Norris does not expect a "night and day" difference between Formula 1 drivers who have and have not done sim racing across the enforced coronavirus break once track action resumes.

The COVID-19 pandemic has offered real-world drivers the chance to take part in a number of Esports events, including F1 drivers Norris, Charles Leclerc, Alexander Albon and George Russell.

While Norris says those who have used sims might be at a slight advantage when racing starts again next month in Austria, the McLaren driver believes it will only be a matter of laps before the drivers who took part in no sim racing will be back on the pace.

"They [sim racers] will have a slight advantage in some areas but it's not going to be night and day, you're not just going to see the sim racers do miles better than the guys who haven't done any sim racing," Norris told Motorsport.com.

"It's very small differences and it might be we get back into it a lap before or something like that but nothing else.

"There's going to be little things, work with the engineers and stuff like that which you might be a little bit more ahead with initially, but the drivers are so good nowadays that they can jump in and after two or three laps we can be back on the pace of what you were previously so it makes a small difference but it's not going to be huge."

But he admits that the final shortened schedule could alter how drivers approach the season, with fewer chances to shine and the risk of a retirement proving more costly.

"I'm pretty confident there's going to be quite a few more races than just eight, I think there's definitely going to be more than that," he said.

"There's obviously things I need to improve on anyway and I'm confident I can do a better job in, that's something more for Austria and when we know what our pace is like.

"If it was just eight races obviously you probably would take those few more risks but I'm confident that it's probably going to be more races than that, whether they will be flyaways or back in Europe I'm not too sure yet."