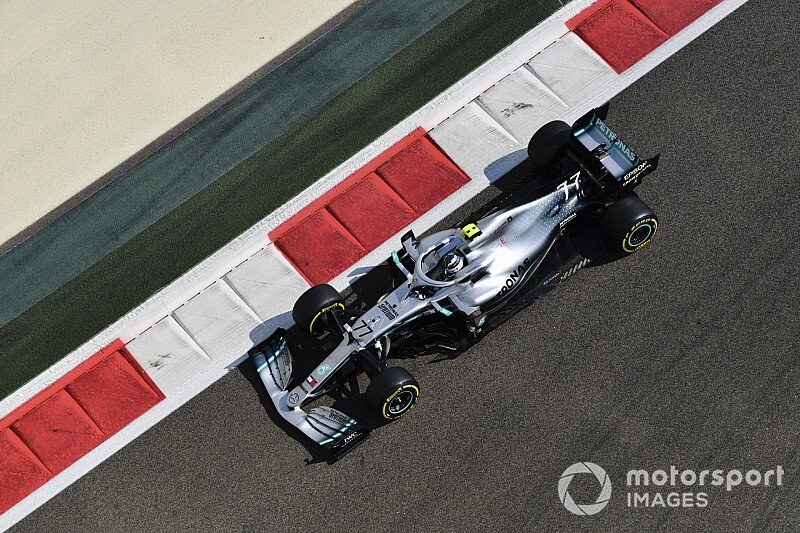 Valtteri Bottas will be forced to take yet another new engine for the season-closing Abu Dhabi Grand Prix after a problem was discovered on his original power unit after Friday practice.

The Finn was already going into the Yas Marina event facing a back-of-the-grid start after Mercedes had to fit his fourth engine of the campaign in the wake of the failure he suffered at the Brazilian Grand Prix.

But that fourth power unit hit trouble in Friday practice when Mercedes discovered a pneumatic leak that could not be fixed.

A decision was taken by Mercedes on Friday night to replace Bottas’ engine with another completely new one to avoid the risk of him hitting any reliability trouble in the race.

Mercedes confirmed the new elements that were being taken, and that the engine change will not result in any further penalty.

Despite his back-of-the-grid start, Bottas has said he hopes the fresh engine – which could give him an edge in terms of how hard it can be run – will allow him to fight for the pole position time.

"I still want to fight for the pole, you know, even though I would not keep it,” he said. “That would be good fun and with a fresh engine as well. But definitely the main focus just has to be the race pace, because we know we're going to start from the back.

“We will see what we can do differently maybe with the setup, or if there's anything we can find to prioritise the race pace.”

Nissany to test for Williams in Abu Dhabi

Ferrari will be "adult in the room" by retaining F1 veto