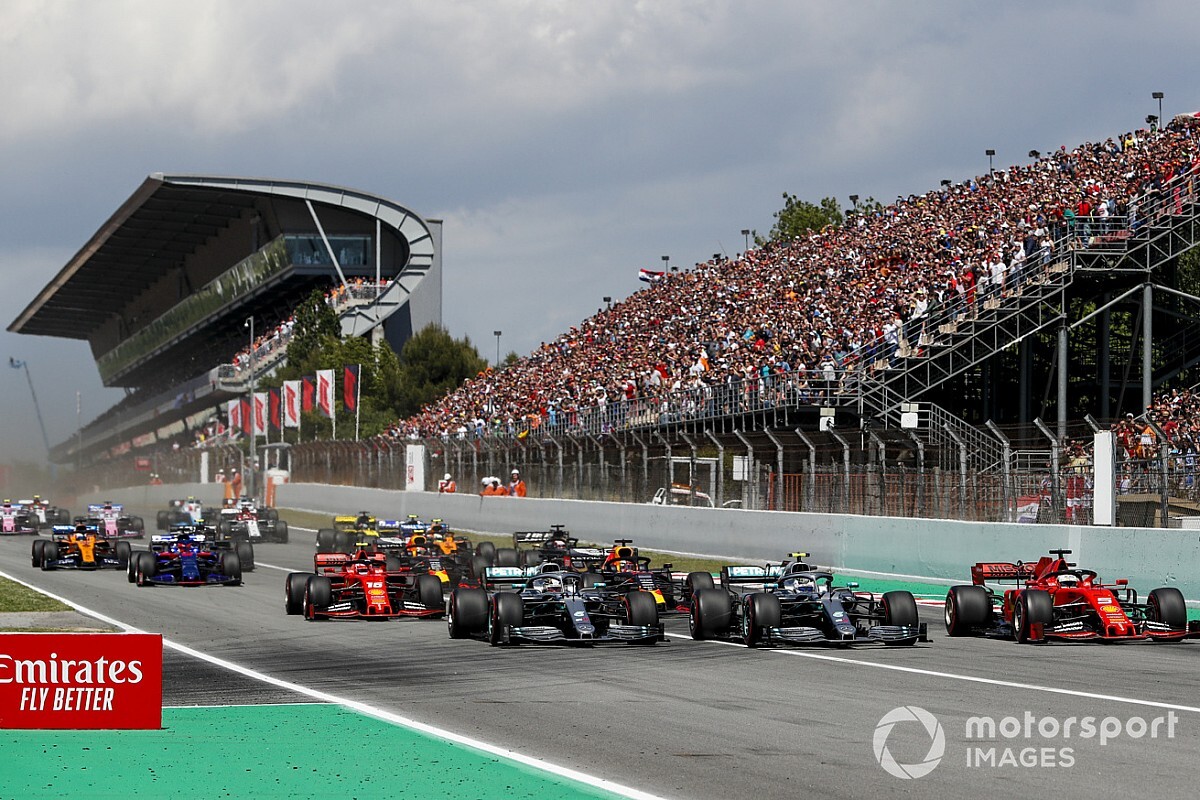 Valtteri Bottas blamed his Spanish Grand Prix defeat to Lewis Hamilton on some “strange behaviour” with his Mercedes Formula 1 car’s clutch costing him the lead at the start.

Bottas started on pole for the third race in a row but Hamilton pulled alongside him after a better getaway and gained track position on the inside into Turn 1.

Hamilton then raced into a commanding lead and kept Bottas comfortably behind after a late safety car restart as well, to move back ahead in the title battle.

Immediately after the race, Bottas said: “It was pretty tight but I lost it at the start.

“There was some strange behaviour on the clutch which was biting, releasing, biting releasing which I never felt before, so I lost it there.”

Asked what he would take away from the weekend, Bottas said the team’s result and strong points for the championship were positives but he was “just keen to find out why the start was so bad and why the incident happened”.

Hamilton’s performance marked an impressive turnaround from qualifying, in which he was comprehensively defeated by Bottas.

The five-time world champion described the start as “interesting”, after attacking Bottas on the inside just as the Ferrari of Sebastian Vettel tried to pass both around the outside.

“I saw the red car go around the back of both of us so I had no idea if they were further ahead,” said Hamilton.

“I assumed they might be, I knew Valtteri would brake super deep, but it wasn’t a replay of Baku [when Hamilton failed to pass Bottas at the start] at least.”

Mercedes had already set a new record for one-two finishes at the start of a season in Azerbaijan.

However, the team’s crushing performance at Barcelona means it has now tied the all-time record for consecutive one-twos.

“I just have to put it down to this incredible team, this is history in the making,” said Hamilton.

“I am very, very proud to be a part of that, and proud of everyone’s hard work at the track and back at the factory.

“It has definitely been a bit of a hard first four races. It is a great car but we don’t always get along.

“I am grateful in the race we managed to settle our differences and get away well.”

Norris "doesn't know what Stroll was thinking" in crash