Formula 1 drivers were unable to take to the track in first practice for the Eifel Grand Prix after poor weather conditions prevented the session from starting. 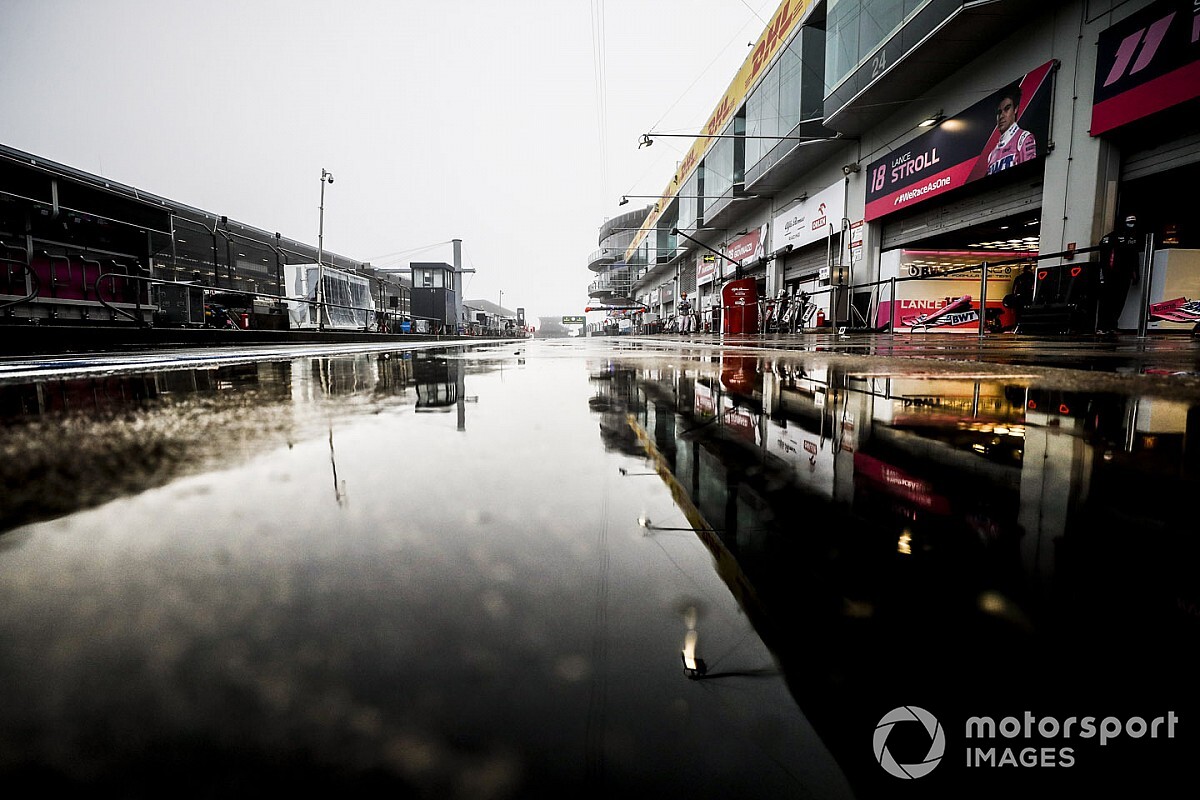 Rain on Friday morning left the track damp as temperatures only reached a high of 11ºC, and although conditions did improve nearing the start of FP1, clouds and fog continued to linger in the surrounding region.

Race control reported 10 minutes before the session was due to begin that the medical helicopter was unable to fly due to the weather conditions, meaning there could be no running until they improved.

An initial 30-minute delay to the session starting was confirmed soon after the message, leaving the drivers and teams sat in their garages waiting to get out on track as the clock ticked down.

At 11:30am, race control issued a further update stating there had been no change in the situation, prompting another 30-minute wait before the next review.

Officials then confirmed at 12:00pm the session would not be able to start

"With the fog that's come in, the medical helicopter is not able to take off and fly to the hospital," FIA race director Michael Masi said during the session.

"The distance by road is too far, should something occur.

"With the region that we're in, it's probably not dissimilar to Austria earlier in the year when we had a similar situation. It's just the nature of the area and the location.

"The fog's come in, and it's all been going up slightly but coming down more dramatically, so we'll just judge at the time [if it is safe to start].

"From an FIA perspective, the safety of all the participants and the drivers hopefully going out is paramount, and that's not something we will compromise."

Schumacher had been due to deputise for Antonio Giovinazzi at Alfa Romeo for the session, while Ilott was set to appear in place of Romain Grosjean at Haas, continuing their recent F1 preparations.

Second practice for the Eifel Grand Prix is due to begin at 3:00pm local time at the Nurburgring on Friday.

Verstappen: "No sense" in pondering F1 future after Honda

How Ferrari's and Mercedes' most dominant F1 cars compare