This weekend Formula 1 travels to Imola for the Emilia Romagna Grand Prix. Find out how to watch it, what time it starts and more here. 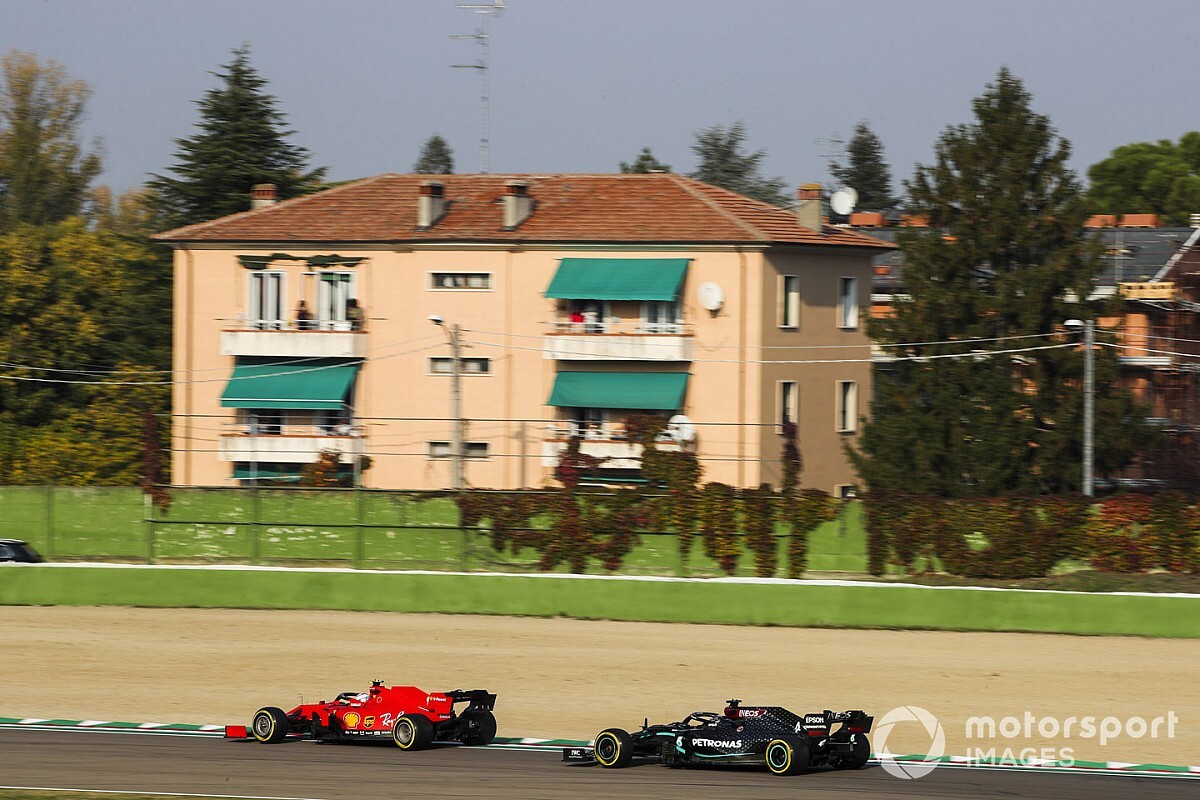 Valtteri Bottas will start the race from pole position, with Lewis Hamilton starting alongside in second in another Mercedes front row lockout.

Red Bull's Max Verstappen was again the German manufacturer's closest rival in qualifying in third, ahead of former teammate Pierre Gasly, who won on F1's last visit to Italy in September.

When is the Formula 1 Emilia Romagna Grand Prix?

Can’t find your country or region in the list? Check the Formula 1 schedule page for the broadcast times in your local timezone.

How can I watch Emilia Romagna Grand Prix?

The Emilia Romagna Grand Prix will be broadcast live in nearly every country around the world.

Europe: Sky TV has the exclusive rights for Formula 1 broadcast in the UK and Italy. Movistar F1 will broadcast the race in Spain. Viewers in France can tune into Canal+.

North America: The Emilia Romagna GP will be broadcast in the US on ESPN, in Mexico on Tudn and in Canada on TSN/RDS.

Asia: Most of Asia is covered by Fox Sports, including India where the race will be broadcast on Star Sports 3. Fuji TV Next will carry live coverage in Japan.

Oceanica: Fox Sports 506 will bring live coverage from Imola to viewers in Australia. Spark Sport will show the race in New Zealand.

Can I stream the Emilia Romagna Grand Prix?

Viewers can subscribe to F1 TV in selected countries to stream the race on a device of their choice.

Sky Sports and Movistar also offer their own live streaming service in the UK and Spain respectively.

Current forecast suggests cloudy weather at Imola on Sunday, with the temperature expected to be 18C at the start of the race.

What kind of race to expect from Imola's F1 return