While Formula 1 continues to focus on plans for a Halo or Aeroscreen concept from 2018, plans for a third type of cockpit safety device – called the 'Active Windscreen' – have now emerged.

Revealed here for the first time, the idea has been developed by former Williams and Ferrari engineer Enrique Scalabroni – and was shown for the first time to Bernie Ecclestone and Red Bull boss Christian Horner at the Italian Grand Prix.

While the future of the Aeroscreen has been thrown in to doubt because of problems passing the FIA's crash tests, there remain some doubts also about the Halo – especially with regards to driver extraction in the event of an incident.

To get around the problem, Scalabroni has been working on a bold new plan for an active system that only comes into play if a car is involved in an incident.

Having first thought up the idea after 2009 incidents involving Felipe Massa and Henry Surtees, Scalabroni has been refining the design for several years.

And he now feels that the high-tech system is ready to be pushed to the next stage, if it can get some form of endorsement from teams or F1's chiefs.

Explaining the background to the system, Scalabroni told Motorsport.com: “It consists of two separate elements – the first is an active windscreen and the second is a moveable hood above the driver's head.

“The active windscreen is concealed in the top of the chassis in front of the driver. It is made of high impact-resistance material and does not have any curves in it so as not to hinder visibility.

“The windscreen can pop up and deflect debris thanks to two actuators fitted in the car.” 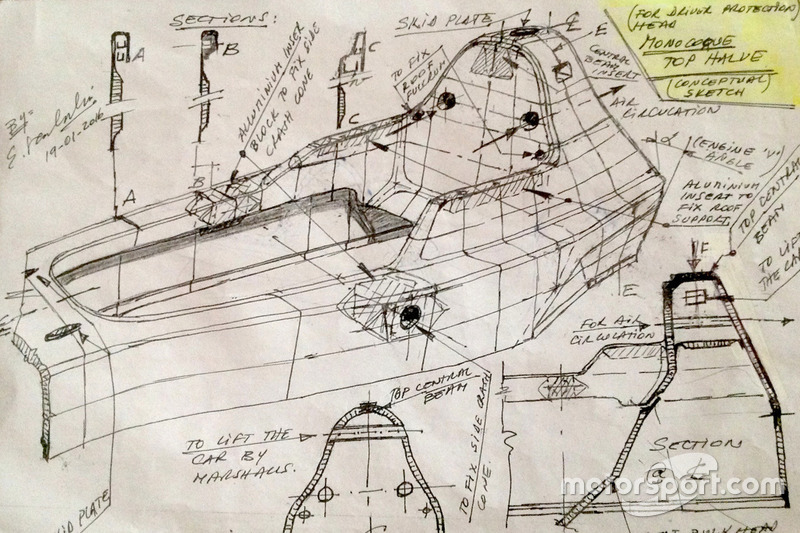 Scalabroni says that the windscreen element will pop up through two means – either through manual activation by the driver, or automatically through sensors fitted on the car.

“There is a button placed on the steering wheel that can be operated by the driver in case of an accident,” he said.

“But there are also some sensors that detect debris and create a sort of 3D chamber. This is the kind of technology used in the aerospace industry.

“The protection can activate in just 2 milliseconds, and the windscreen can also return to its original position if the driver is involved in an incident but there is no damage and he can continue.” 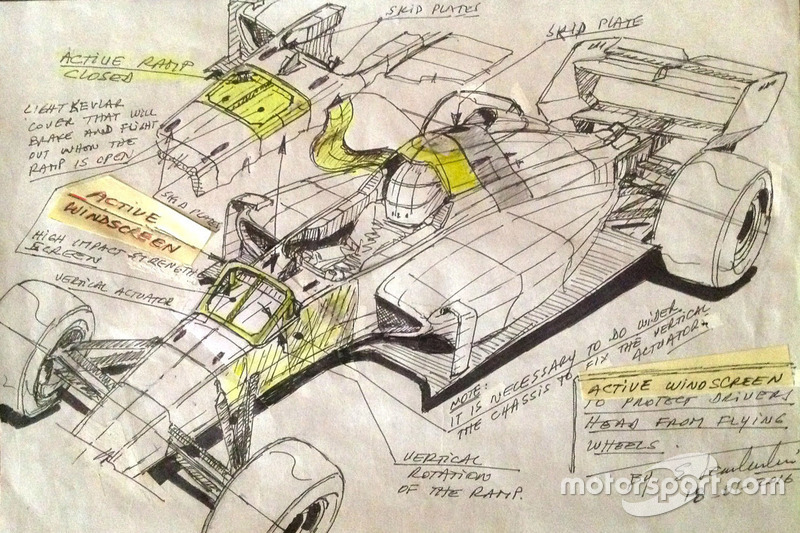 The hood above the driver's head is designed to protect the helmet from debris that can come from any direction. It can also be retracted manually.

“The hood opens sideways with a button that can be operated by the driver or the marshals,” explained Scalabroni.

“A simple torque bar rotates the protection – freeing the driver who would then have the same ability to enter and exit the cockpit like now.” 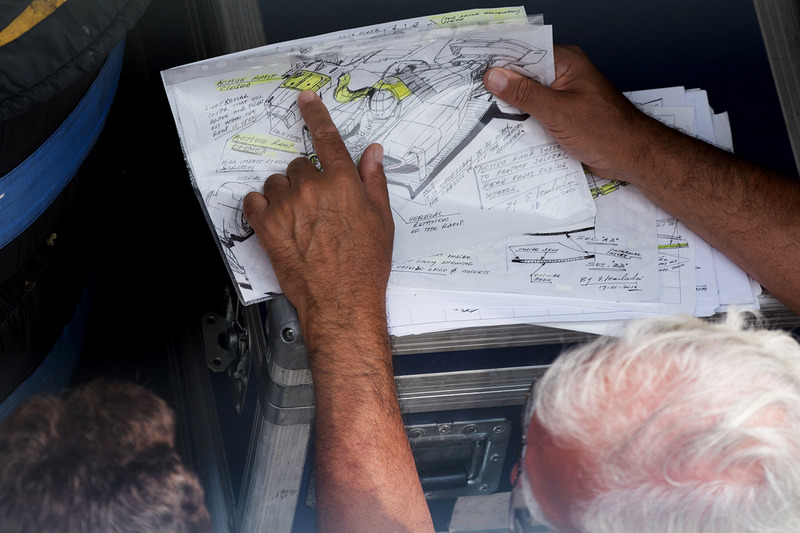 Scalabroni has said that for his idea to move to the next stage, it will require funding – which is why he has approached the FIA.

However, F1 race director Charlie Whiting expressed scepticism about the idea of an 'active' cockpit protection system when it was put to him earlier this year.

“I presented the project to Charlie Whiting, but nothing happened,” explained Scalabroni. “I'm willing to leave the project with the FIA, because I do not have the resources to do the testing.

“I have also asked for help from Christian Horner, who told me that the concept appeared interesting – but he is not willing to invest money in the project if the FIA is not willing to push on with it following the rejection of the Aeroscreen.”