Ferrari explains why it is waiting until Monza for new engine

Ferrari has confirmed it intends to run its latest specification of engine at its home race in Italy next weekend. 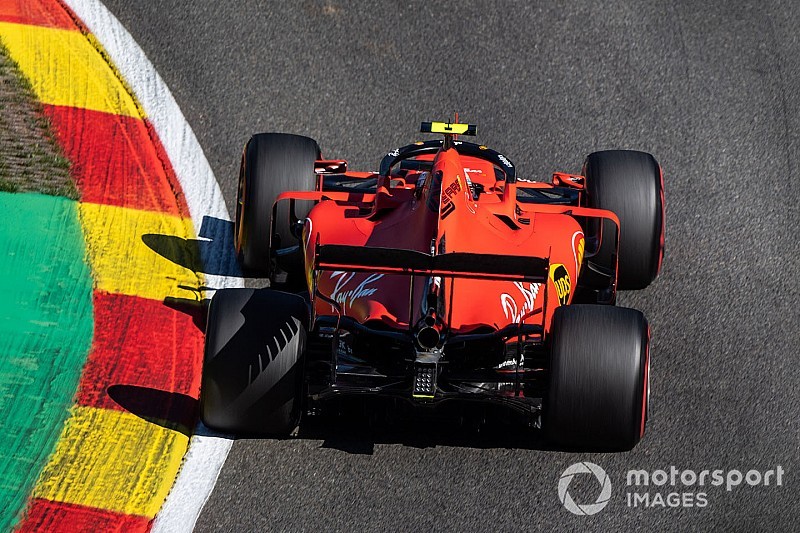 With the Italian car manufacturer’s customer teams Haas and Alfa Romeo having given a debut outing for the third power unit of the year in Belgium this weekend, Ferrari has said it preferred to wait until Monza.

Speaking at Spa-Francorchamps on Saturday, Ferrari’s sporting director Laurent Mekies was clear that the power sensitivity of Monza – where an extra 10bhp is worth around 0.2 seconds per lap – played a part in its decision.

“It is the highest power effect of the year... what that means you gain 10hp on your engines and that is two tenths in your pocket,” said Mekies.

“A lot of people, including ourselves, use it [Monza] to bring their third and last power unit, although you may have seen a lot of our competitors have anticipated in doing that here.

“But there is a reason – the engine’s performance may drop with mileage, so you want the freshest engine with the higher power effect of the year.”

Ferrari team principal Mattia Binotto explained that giving Haas and Alfa Romeo the first running of the new power unit in Belgium was not about getting extra data on the engines to detect any potential problems.

Asked by Motorsport.com about how useful having the customers running the new engine early was, Binotto said: “It is not useful.

“The reason why we are anticipating is not to get real data, because by the time you introduce a unit it should be reliable, fully reliable and homologated and validated on the dyno.

“The reason we are introducing it is because we are on different scenarios in terms of allocations and in terms of mileage, and certainly by splitting the building of the engines it makes it a lot easier at the factory.”

Mercedes expects to fix Hamilton's car in time for qualifying