When Honda introduced an engine upgrade for the season-opening Austrian Grand Prix, it raised a few eyebrows about just how the Japanese manufacturer had been able to do it.

After all, rivals Ferrari, Renault and Mercedes had all spent the weeks before the start of the season in enforced shutdown because of the coronavirus pandemic situation in Europe.

Their hands had effectively been tied on improving their engines while Honda, with Japan having escaped a lockdown at that time, was able to keep on working.

Indeed, Ferrari team principal Mattia Binotto openly pointed outin Hungary that upgrades his team had been looking at making had been stopped in their tracks by lockdowns that had not been applied to everyone.

In a clear reference to what Honda had been able to do, he said: “We were doing developments for this season that we will not be able to introduce during [the season] itself because we had a long shutdown period before the start of the season, which has not been the case for other power unit manufacturers by the way.”

While there is no denying Honda was able to work when others could not, the crux of the matter is whether or not the Japanese manufacturer gained an advantage from the situation.

Here we look at what happened, and explain how the situation came about actually because of attempts to be fair to everybody. 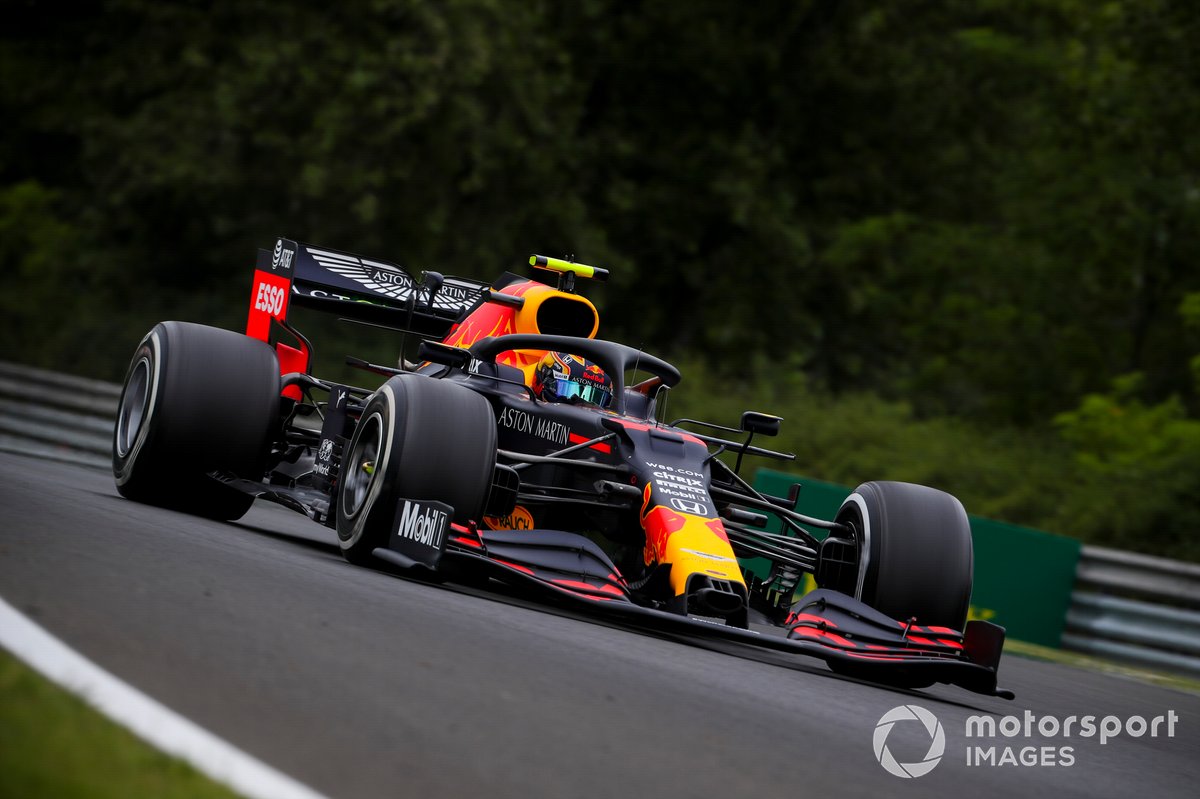 Nikolas Tombazis, the head of the FIA’s single seater matters, says that one of the key considerations made during the coronavirus cost cutting drive was to ensure that no team nor manufacturer be punished because their country’s lockdown restrictions were stricter than someone else’s.

That required some juggling of how to deal with companies spread across a host of nations and continents. Some compromises were inevitable because of that.

One consequence was in allowing Honda to work in the spring period because of the likelihood that Japan could be shut down over the summer. It was agreed that rather than taking its enforced shutdown period at the same time as everyone else, Honda would delay downing tools until the season was underway.

“The reason for that was that all teams and all powerunit manufacturers accepted that during this extraordinary condition with the lockdown, no team or manufacturer would get added lockdown compared to others just because they happened to be in a particular country which was worse hit by COVID and therefore happened to be at a disadvantage.

“That was mainly relevant for example when Italy went in to early lockdown and the UK were behind. We said all the lockdowns had to be equal: there cannot be a team or a manufacturer that has an advantage or disadvantage from them.”

The push to be treat everyone equally meant that if Honda had been ordered to join the others and shut down in the pre-season period, then there would have been a huge headache if the Japanese government had then ordered it to later also stop work in the summer.

The only option then would have been to force Renault, Ferrari and Mercedes to also stop work during that period – effectively reducing everyone’s development time. That would not have been a good outcome.

It was perfectly logical, therefore, that Honda be allowed to run its lockdown in the summer instead.

“Japan had a completely different evolution of COVID and the lockdown situation,” added Tombazis. “We didn't know when we agreed these rules in early April whether Japan would have a lockdown in the summer, depending on how COVID evolved in Japan. So we had to give some flexibility for Honda to have the shutdown a bit later.

“If they had a legal requirement to go into lockdown in July in Japan, [it would have been hard] then go back to the European teams and say, by the way we need to lock you down another month because Japan is locking down.

“That's why Honda were able to do some work while the Europeans were in lockdown and they are making up for this now.

“It's not perfect because you can't produce a regulation which is perfectly equitable when people are in different circumstances. But that's the best we could do with it.”

The other important point to consider is that the Honda upgrade introduced in Austria was not about delivering extra horsepower to try to lift Red Bull and AlphaTauri up the grid. Instead, it was one motivated by improving reliability.

Tombazis confirms that restrictions that prevented manufacturers from making performance gains after their engines were homologated in February were fully respected.

“There were two main cost cutting things achieved on the powerunit side,” he said. “One was the introduction of dyno limitations as to how many dyno hours they can do, that is similar to the restrictions in aerodynamics with windtunnels.

“The entrants were homologated in the homologation dossier for 2020. It was sent sometime in February, and none of them, not Honda either, did any any performance development of that.

“Now, a number of people wanted to do reliability improvements with engines because, you know, we don't want to mean with this homologation that people who have a reliability issue are having retirements.

“There's a very specific process to get the reliability upgrades approved, which involves even other manufacturers knowing about it.

“You can't exploit it and say you are making a reliability change, but in the meantime change your compression ratio, your combustion chamber or whatever, to get another 20 kilowatts or something like that. There's a process for that and all teams including Honda have followed that process.”

The end result seems straightforward then. Honda simply was able to do reliability work earlier in the year, but others now have time to catch up.

So this was not about exploiting the rules for an unfair edge. It was instead a quirk of extraordinary circumstances that F1 hopes will never be repeated. 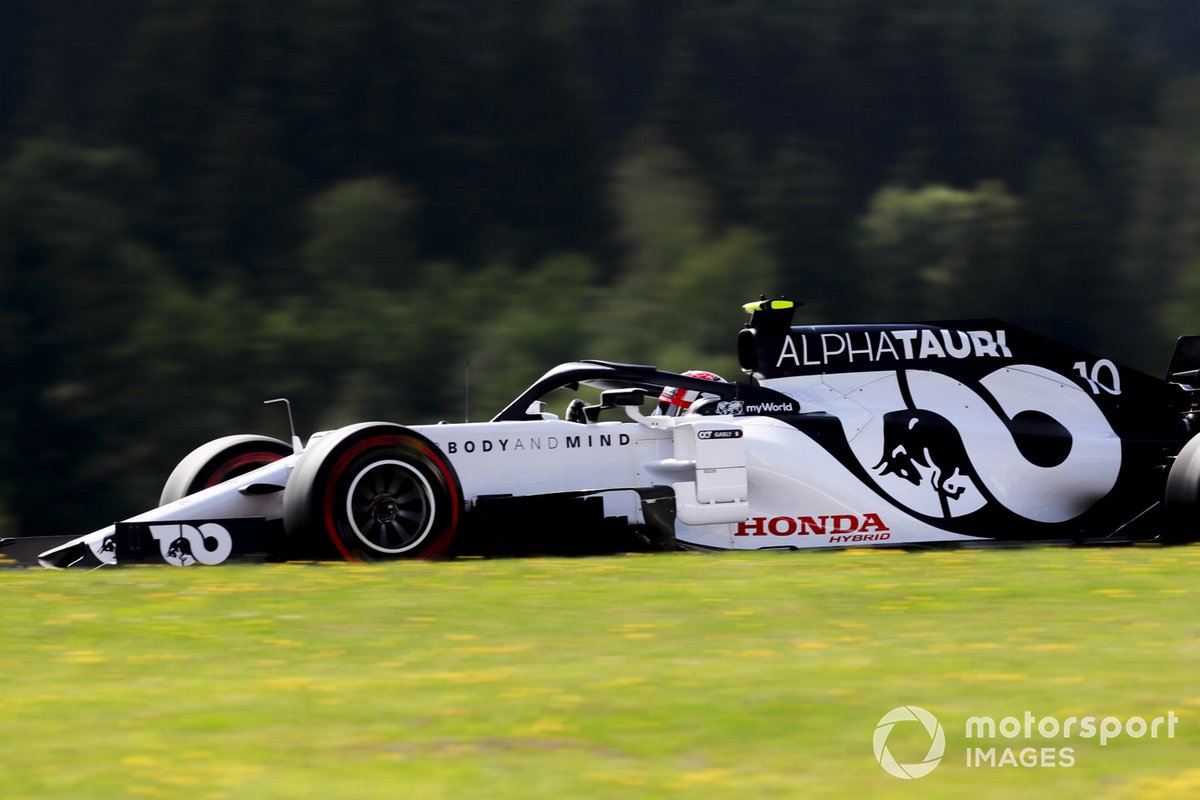