Gasly says his driving style is "too aggressive" for RB15 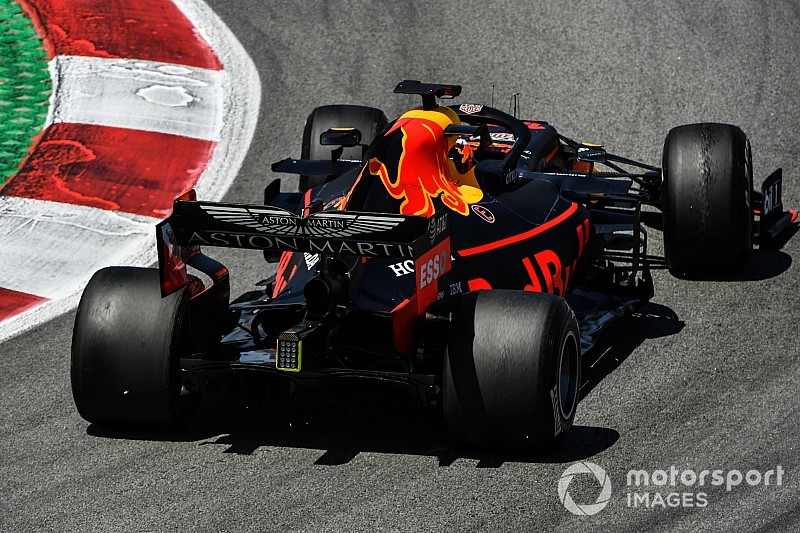 Pierre Gasly says his early season form at Red Bull has not been helped by his aggressive driving style not suiting his car or Formula 1's 2019 tyres.

The Frenchman has had a challenging start to the campaign but has been making progress in getting more comfortable with the RB15.

But he reckons one of the factors holding him back is how aggressive he is behind the wheel - especially with his use of the throttle.

"I'm not too far [off]," he said about how far he is from feeling totally happy in the Red Bull cockpit.

"I think that we've found something I am pretty happy with, but still there are a few things I'd like to change, so it's difficult to know exactly how far.

"But what I can feel is that there's more to come. At least with what we've found there is more consistency, more predictability and I think it's a better baseline to work from every weekend.

"We're pretty happy with the baseline we have but I think to really find the last few tenths there are a few things we need to change and also on my side to really suit the car as it is at the moment.

"Coming into the team with the package we had at the beginning, I think the performance on some tracks was good but still my driving style was too aggressive and it didn't suit the car so well.

"I think it's just the work progressively that starts to pay off. Of course, I want more and will keep working to find more."

One area that has been particularly tricky for Red Bull has been finding a consistent balance with its car through corners - with its handling changing on entry, mid-corner and exit.

This is something that has punished Gasly a bit more, especially when it comes to getting back on the power.

"I think it's clearly something that happened at the beginning of the year, something we tried to improve to get a more consistent balance and less shift through the corner," he explained.

"It is something we improved, which gives you a better feeling because you know what to expect.

"I think it's still an area we need to improve but we made a step compared to the beginning of the year. For me, at the moment, the traction we're trying to get it really clean and the fact I'm quite aggressive on the power sometimes pays off and sometimes makes the car quite snappy and overheats the tyres.

"We know what happens with these tyres so I think it's more in this area I can improve myself."

Although Gasly has been outpaced by Max Verstappen this year, Red Bull boss Christian Horner has faith that the Frenchman will improve.

"Pierre continues to get stronger," explained Horner. "His race [in Spain] was compromised in the second half because he picked up some debris in the front wing but he drove a strong race.

"Obviously we want to get him in that fight with the cars ahead now, so every weekend he's made progress this year."

Asked if he felt Gasly needed to step up his game, Horner said: "I think, in fairness to Pierre, it's starting to come.

"China was a turning point for him, he had a good weekend in Baku. He's followed that up with a very solid weekend in Spain. His race was compromised with a bit of debris in the front wing from not far off half distance so I think he actually managed that quite well."