Steiner: Haas's problems bigger than if it had slow car 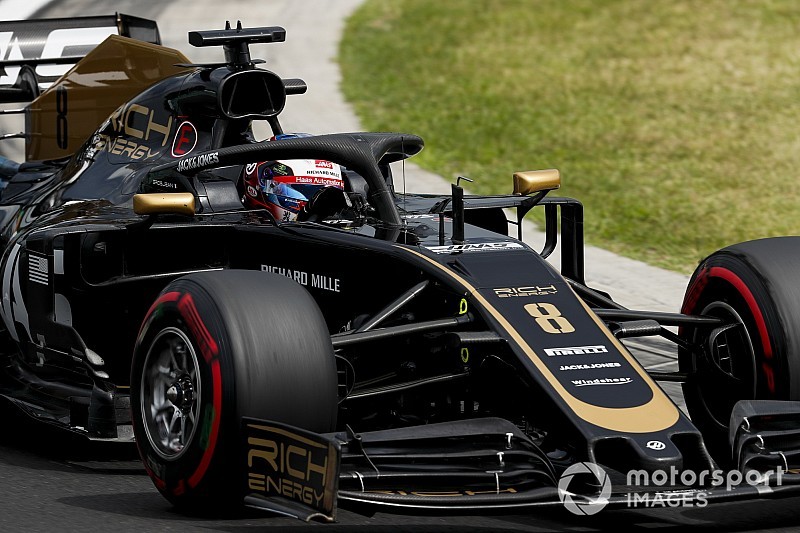 Haas Formula 1 boss Gunther Steiner believes it would be easier to solve his team's problems if it had a slower car.

Despite being seen as favourite to lead the midfield pack at the start of the season, the American squad has endured a tough year so far as it has failed to get to grips with how the VF-19 uses its tyres.

Steiner, whose team has dropped to ninth in the constructors' championship, labelled the car the "strangest" he has ever worked with.

The Italian admits that, with the car showing flashes of impressive speed, finding solutions for its shortcomings has been harder than if the car was always uncompetitive.

"We've got a lot of work to do, and we know that for the rest of the season that we need to learn to manage the car and the tyres better," said Steiner.

"If you have a bad car you get a big problem, but if you think with the car which sometimes performs the problem is smaller, you know, it is even bigger.

"Because it is somewhere, and you just need to find it, and it is difficult."

Steiner acknowledges it is vital for the team to sort out its issues with the tyres in order to avoid "falling in this trap" with next year's car.

"To get as much understanding as possible between the tyre and the car. I mean the car we have got influence, obviously, but the tyre... if that is ruling what your aero does you can't do a lot about it, you know, and to find that one out is difficult.

"So I don't really know. [The goal is] to get a good understanding, so we are not falling in this trap next year, but again the tyre will change next year."

While Steiner says the challenge of designing the 2020 car is made trickier by the situation with the current one, he admits the team has no choice but to start working for the future.

"It is well organised," he said of the 2020 car design. "You have to do it, because you cannot just live day by day. You need to see the bigger picture as well, and that is part of what you need to do.

"You cannot just get eaten up by it. You get eaten up on the weekend, and then you try to go back to a mission about what you want to do also in future.

"And there is a short term, and a long term which you have to have in your mind and just act accordingly, but never panicking to something, because that doesn't help as well."