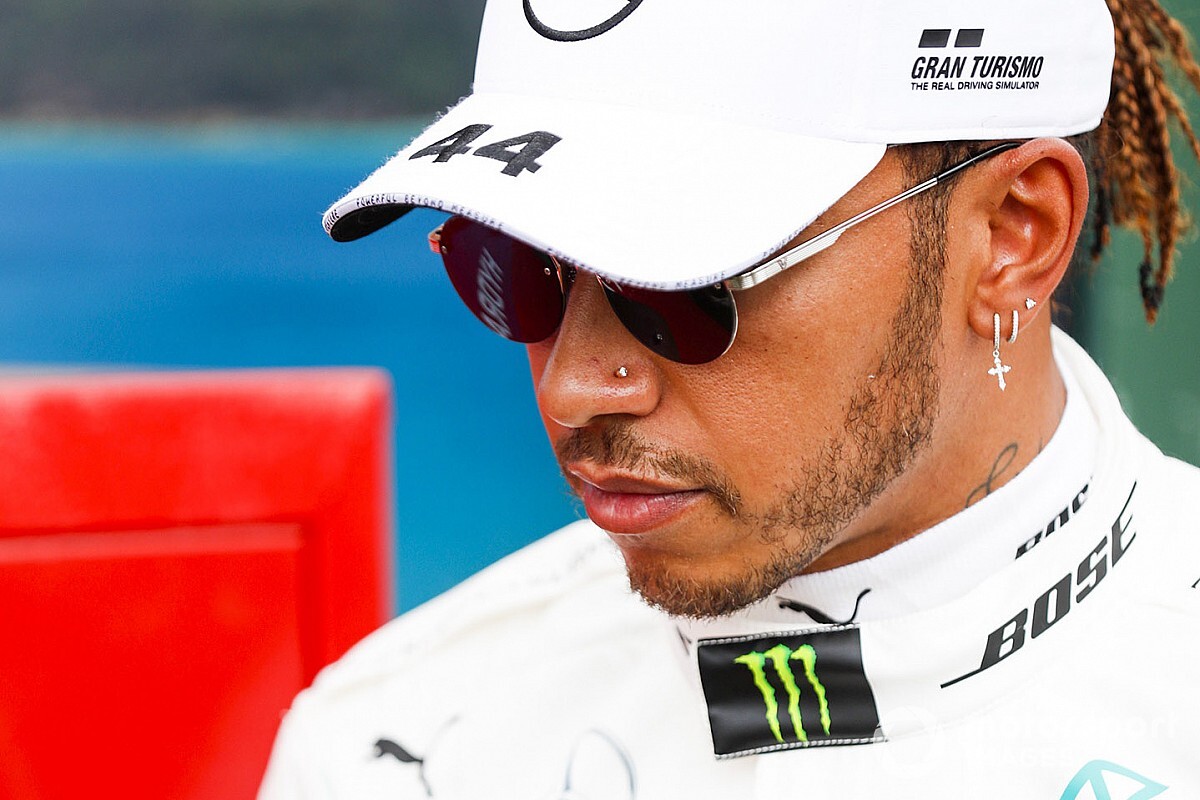 Lewis Hamilton has admitted that in recent years he has sometimes felt like taking a break from Formula 1 racing, and is thus now trying to make the most of the "part-sabbatical" that he's now been handed.

Hamilton says while he harboured thoughts of taking a year out he felt he would suffer when he returned.

"I'm generally a very quiet person," he said in a Mercedes video interview. "And I do enjoy 'me' time, and I think it's really important for us all to have that. I'm a workaholic, and once you get into the rhythm you're just moving, from one thing to the next, squeezing in training, and making sure that you find that balance.

"There have been times probably in the past five years or so that I thought to myself it will be good for my body and my mind to take a rest for a year. But you can't step away. I don't think for an athlete that's in their prime that it's ever a good thing to step away for a year, and then come back.

"Technology moves so fast, at such a rate, you need to stay on top of this car and the development – to take a sabbatical is just not on the cards. But we've been handed almost a part-sabbatical, which I'm enjoying, and I feel fresher and healthier than I've ever been, and the struggle for everyone is keeping your mind clear."

Hamilton also said he's using the enforced break to make himself fitter than ever, and he's focussing on "areas of weakness" that he normally wouldn't have time to address.

"Having this time gives you more time to focus on areas of weakness," he said. "So there's tedious things like calf muscles, and doing calf exercises, which is not exciting. Glut exercises, which again are quite boring, but all really important.

"I think ultimately over time your body forms into a shape, into a pattern, there's strengths and weaknesses on all of our bodies, and when you go to the gym often you work the big muscles, but not necessarily the small ones in between, and so I'm really trying to get in deep and really trying to refine my body.

"And again just trying to find the next level, how can I be fitter than I was? The start of the season I was feeling great, obviously it was a shame that we didn't get to start, but this has been a real decent time to focus on trying to improve on other areas."

Hamilton says he's taking as many positives as he can from the enforced break, and the lack of work commitments.

"Getting accustomed to being in one spot, that's taking some getting used to, but I really found that I've got my feet on the ground, I feel very centred, and excited about the next day," he added.

"You've got to look at the positives, and if you look around the world the skies are clearer, I think people are probably appreciating this time more, their families more, their relationships more, there are so many things to come out of this, and I really hope that we all can grow from this experience. And I hope that it passes soon."

Car makers may decide F1 not a priority anymore - Szafnauer

The Ferrari that was floored by its double innovation