Lewis Hamilton says he must consider a creative strategy to try and defend P1 in Formula 1’s 2020 Russian Grand Prix as he will start on the disadvantageous soft tyres. 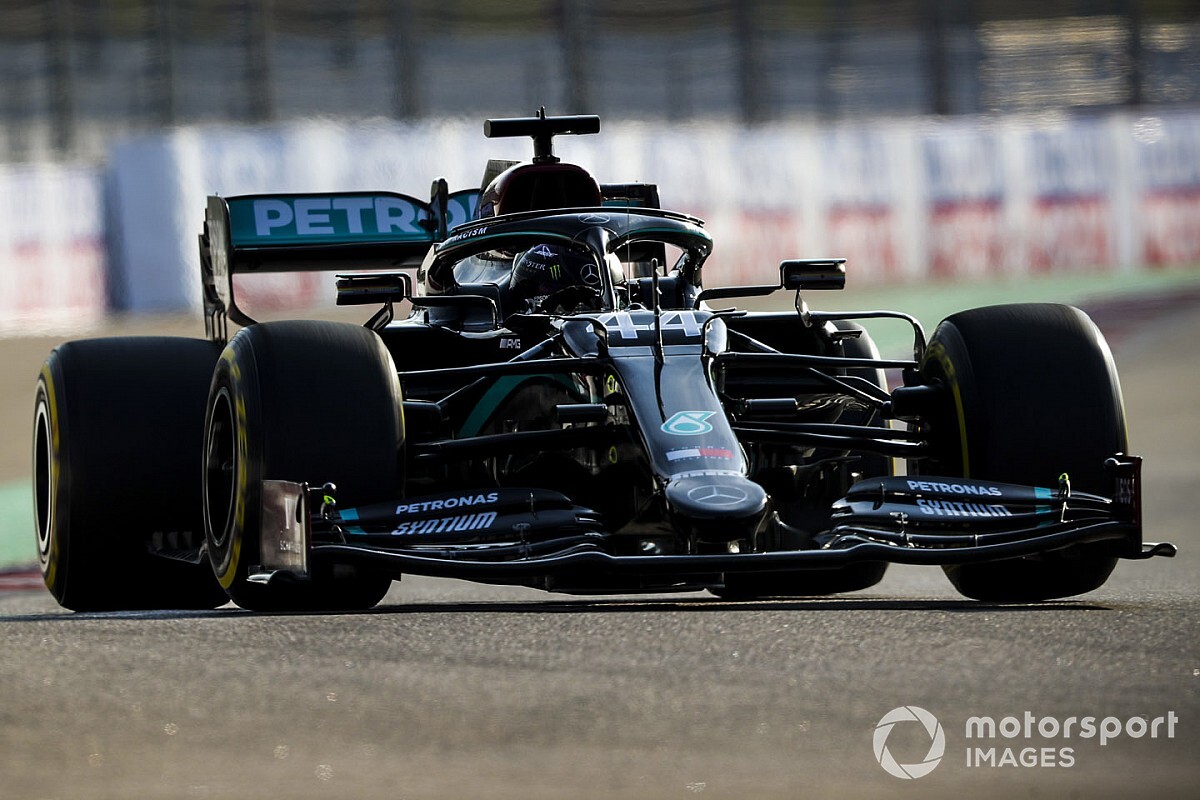 Hamilton, who was forced into starting on the red-walled softer rubber when both of his opening runs in Q2 were disrupted, is also concerned about being passed on the long run from the grid to the Sochi track’s first braking point, Turn 2.

The distance from the line to the right-hander means Hamilton will be vulnerable to an immediate attack from Red Bull’s Max Verstappen and teammate Valtteri Bottas – particularly if there is a headwind at the start, as that will exacerbate the tow factor – who also have the advantage of starting on the more durable medium rubber.

“It not a good place to start at all and I think this year you’re seeing our cars are more draggy and there’s more tow this year than we’ve seen in other years,” said Hamilton, after taking his 96th career pole despite nearly failing to set a lap at the end of Q2 following Sebastian Vettel’s crash suspending qualifying on Saturday.

“I generally expect one of these two to come flying by at some point. I think I’m just going to focus on my race and just try to run the fastest race I can.

“Obviously I’m on the worst tyre to start on the race but generally it’s a good tyre to do an actual start but it doesn’t have [the best range].

“It has the biggest degradation, 10 times more than any other tyre, I think it is.

“So that’s going to be a struggle. I don’t know if that puts me onto a two-stop, I don’t know, unlikely because the pitlane is too slow, so I’m just going to have to nurse those tyres as far as I can.

“These guys, if they get by, they’re going to be pulling away so going to sit down tonight to try to figure out if there’s a different kind of race I can do tomorrow to keep my position.”

Verstappen will start alongside Hamilton on the front row after stopping the Mercedes cars from taking the top two spots in qualifying for only the second time in 2020 – after the wet Styrian GP session [where Verstappen scored P2 on the grid after starting second in the season-opening Austrian GP after Hamilton’s grid penalty was applied].

In marked a considerable improvement from Red Bull after it had ended Friday practice with the fifth fastest time.

Verstappen said was it had been a “messy” opening day that was down to the team “trying downforce levels and we never really had a perfect lap”.

He added: “There were always a few moments and stuff so I knew that we were going to be, let’s say, more competitive than where we were but it’s a surprise to be on the front row, that’s for sure.

“But I honestly don’t expect it to be like Silverstone [where Verstappen won the 70th Anniversary Grand Prix last month].

“I think we were a little bit more competitive in the long runs there and also the [tyre] compounds, I don’t think it’s as big an issue as what it was there, so I don’t expect the same to happen.

“But I’m just happy with the improvements we did make overnight [from Friday].

“Even at the beginning of qualifying it looked quite tricky to be P3 but it was more because I think we just didn’t really find a good balance an issue because of the wind change [with a tail wind blowing into Turn 2 in qualifying having been a headwind throughout the practice sessions].

“It seemed like it was very difficult for me to find rear grip in some corners but in Q3 we made a few changes and it seemed to work a bit better so yeah, I was pleased for that.”