Lewis Hamilton says there is no point in worrying about the reliability of his Mercedes engine in the Belgian Grand Prix, despite the failures in other cars. 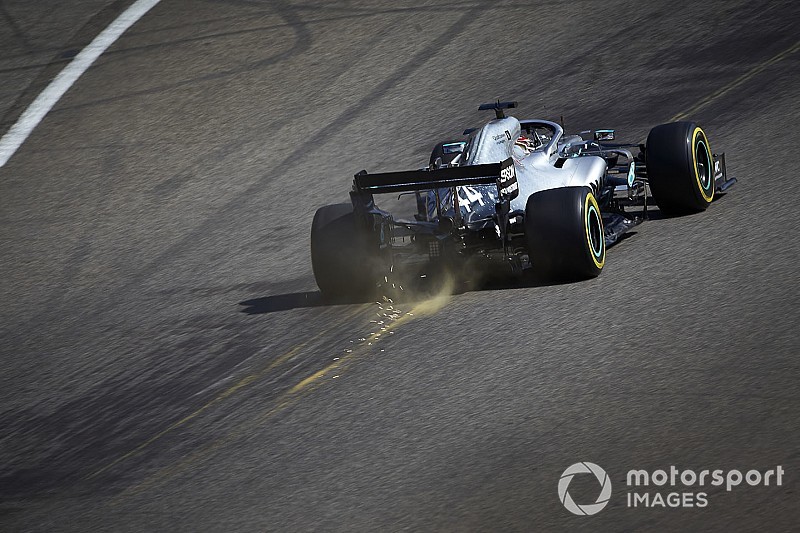 Mercedes introduced an upgraded power unit at Spa, but it has already suffered two issues with both Sergio Perez at Racing Point and Robert Kubica at Williams hitting problems.

The double trouble will be a cause for concern for Mercedes as all its power units are identical spec, but Hamilton said that that was more a headache for his team to deal with than him.

"I don't know the details of why the engines have gone, so I have nothing to worry about currently because I don't know anything about it really," said the Briton, who qualified third for the race.

"I'm sure they're trying to analyse it and they'll give us a bit of an idea – but still, I've just got to keep my head down and do what I do and what will be will be. There's not much I can do about it, so there's no point worrying about it. "

Hamilton is heading in to the Belgian Grand Prix aware that Ferrari has a sizeable advantage in single-lap pace, but may be more vulnerable over longer runs.

That is why despite pole position man Charles Leclerc being seven tenths clear on Saturday, the world championship leader believes he has a chance of success in the race.

"Congratulations to Charles, he's been so quick all weekend," said Hamilton. "But I think in the long run we can at least give them a bit of a challenge tomorrow. I think a bit of the straight speed, which is where generally all the [Ferrari] speed is, it's usually not there so much in the race.

"So hopefully we'll be there or thereabout with them tomorrow and can put in maybe some interesting strategies, we'll see. "

Hamilton's efforts on Saturday in Belgium were hit by a crash in final free practice, which forced his Mercedes team to pull out all the stops to get it fixed in time to allow him to qualifying.

While such incidents are incredibly rare for Hamilton, he said it was wrong of people to read too much into it.

"You're looking way too deep into it, man," when asked if he had had a lapse of concentration. "Shit happens. I'm only human.

"I think my track record has been pretty good but it sometimes happens and yes, it's frustrating and it never feels good, whether it's in your first year or if it's in your 13th year whatever, it doesn't really make any difference. But you can always learn from it.

"I think they did an exceptional job and I'm really happy, generally, with the job that I did in qualifying, so collectively it's a positive.

"But I go in the back of the garage and I see my broken parts and I'm like 'oh my baby' but they'll fix it, they'll fix those parts hopefully or maybe I'll have to put them up in Toto's office or something and sign it and say sorry."