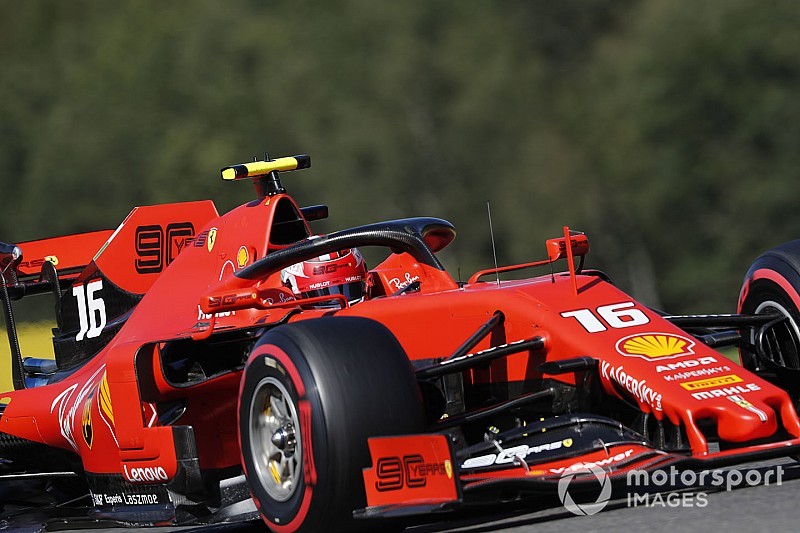 Ferrari driver Leclerc has admitted he has struggled in some races compared to his experienced teammate Sebastian Vettel, who stole a podium from him late on in the Hungarian GP.

Leclerc will line up on pole for the third time this season in Sunday's race at Spa after dominating qualifying.

"I've been analysing Hungary quite a lot," said Leclerc. "Actually, maybe it looked worse than it actually was. But there's definitely some work to do on my side on this. So, we'll see if it pays off.

"I changed a few things, very small things, but details always makes the difference at this level."

Leclerc failed to convert his two previous starts from pole into victory thanks to an engine problem in Bahrain and being overtaken late on by Max Verstappen in Austria.

He believes there is "nothing" he can take from those defeats into Sunday's race because the engine failure was out of his hand and he has already responded with more aggressive driving in the wake of his defeat to Verstappen, who outmuscled him at the Red Bull Ring.

"I guess, at first, it feels a bit weird when you are coming to Formula 1 and you do your first laps in the lead," Leclerc added.

"So, the more laps I am in the lead, the more comfortable I am. And this feels good."

Ferrari is yet to win a race in 2019 but has comfortably outpaced Mercedes and Red Bull in Belgium, where its car is suited to the long straights in the first and third sectors.

Leclerc said it was "amazing" to be 0.7s clear of Vettel in qualifying, but is wary Ferrari could face a sterner challenge from Mercedes in the race.

"We have been quick since FP1 but once we did the race simulations in FP2 we weren't as quick," said Leclerc.

"I think it's not going to be easy. The gap is quite big [in qualifying] but it doesn't mean it will be like that [in the race], so we will working hard to improve on the race run we did and we will see."