Lewis Hamilton is unsure why older drivers have a "bee in their bonnet" over his success and standing among Formula 1's greats. 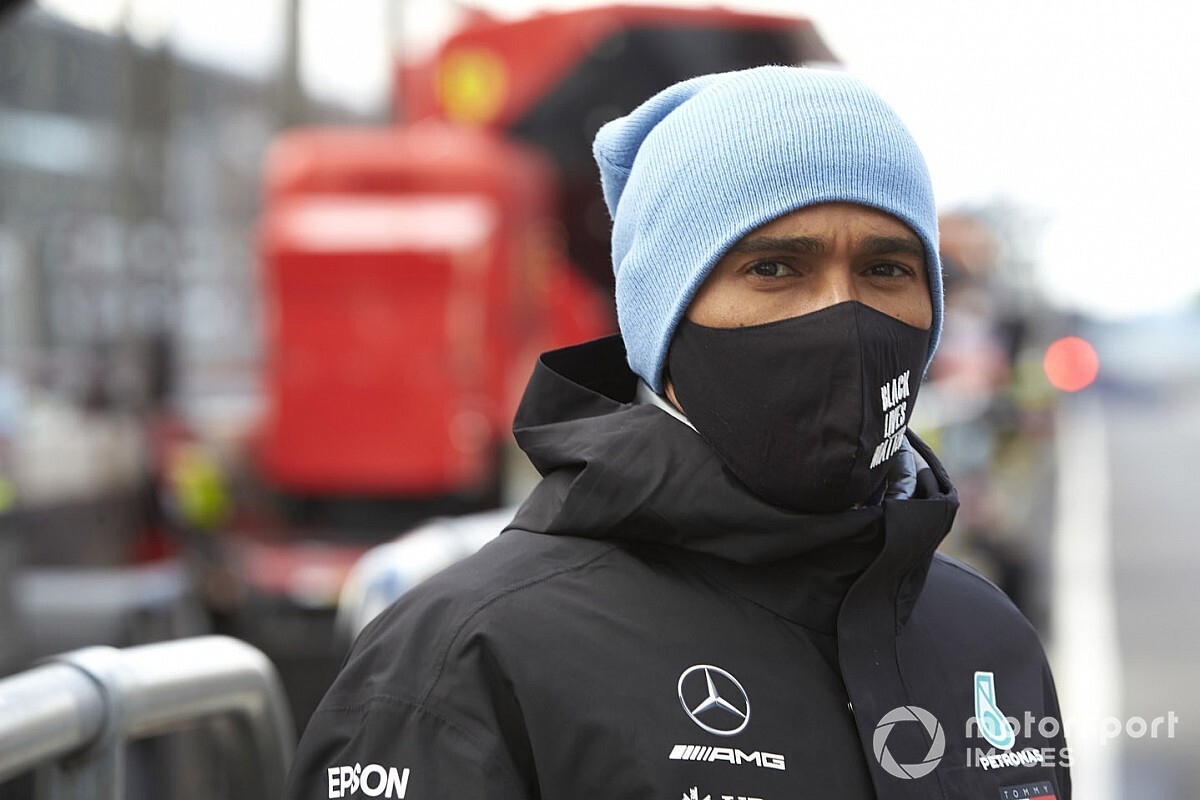 Hamilton scored the 91st victory of his F1 career in Sunday's Eifel Grand Prix at the Nurburgring, drawing him level with Michael Schumacher's win record.

Hamilton now leads the F1 drivers' championship by 69 points, putting him on course to clinch a seventh world title that would also tie with Schumacher's record.

The result came just days after three-time world champion Sir Jackie Stewart said that it was "hard to justify" how Hamilton stacked up against some of F1's other greats.

Stewart said comparing Hamilton to drivers such as Juan Manuel Fangio and Jim Clark was difficult due to the longer calendar and tendency for teams to be more dominant in the modern era.

Hamilton said following his win in Germany that it was "impossible" to compare drivers across eras and that it was "not important" to be deemed as the greatest.

But the six-time world champion expressed his confusion about comments made about him by some of F1's past drivers.

"I don't think you should knock anybody for the way they do things," Hamilton said.

"I get knocked by many people, particularly like older drivers. They still have a bee in their bonnet. I don't know why. Maybe one day they'll get over it.

"I have so much respect for the past and the past legends, even those that do continue to talk negatively about me all the time. I still hold them in high regard, because I know it was so difficult, a different time in history.

"It was incredibly tough for them, and they remain the legends that they were then. In 20 years' time, whatever it is, when I'm looking back, I can promise you this, I will not be talking down any young driver that is coming through and succeeding.

"Our responsibility as an older driver is to shine a light as bright as possible."

Hamilton will surpass Schumacher's landmark with his next victory and take the record outright, and looks set to become the first driver in F1 history to win more than 100 races.

The debate about whether the win record will ever be broken again has intensified in the wake of Hamilton's achievement, but the Mercedes driver felt it was wrong not to encourage drivers to aim for it.

"There's going to be someone else, whether it's Max [Verstappen] or whoever it may be, that is going to be chasing the record that I eventually set," Hamilton said.

"It's the wrong kind of characteristic and approach to hope that he doesn't break it. I should be encouraging him and hoping that they live to their full potential.

"If that means them getting to that record, that's amazing."

The Ferrari updates that gave an "unexpected" boost to Leclerc