Red Bull team boss Christian Horner insists his team’s policy of bringing young drivers into Formula 1 is the right thing to do, despite its promotion of Pierre Gasly having not worked out.

The Milton Keynes-based team elected to make a mid-season driver swap after feeling that it could not afford to continue with Gasly, who had a disappointing first half to the campaign.

While the latest Red Bull driver shuffle has again prompted questions about whether the company’s young driver programme justifies the investment, Horner is adamant the strategy is right because it is  the only way his outfit will get the sport’s future superstars.

“The way drivers are arriving in F1 now, they are so much better prepared from the lower formulas from the simulators from the years they’ve spent in karting,” said Horner, when asked about the risks of committing to youngsters.

“You can see how quickly Max [Verstappen] got into F1 and everybody said it’s too soon, too early, blah blah blah, and he delivers. That’s very much the world we live in today.

“The drivers do arrive better prepared and it’s really dependent on the risk appetite the team has, whether it’s prepared to invest in youth.

“Over the years we would have never found [Sebastian] Vettel or Verstappen, we would never have found [Daniel] Ricciardo. Arguably Carlos Sainz would never have had that opportunity if we hadn’t invested in youth. It’s the same with Alex [Albon] and [Daniil] Kvyat and obviously Gasly as well.”

While some have also commented on the fact that Red Bull’s F1 drivers include Albon and Kvyat who have both previously been dropped by the energy drinks company, Horner views the situation more as showing that drivers can get second chances.

“I think it demonstrates, as I said to Pierre, that look, just because you’re not in the seat now, doesn’t mean there’s not an opportunity for the future.

“The drivers, they know in the junior programme how competitive it is and what’s expected from them. It’s about delivering at the highest level.”

Horner insisted that Gasly still had a chance to redeem himself, and that the move to Toro Rosso was aimed at putting him in a situation where the pressure did not get to him.

“Pierre knows what was expected from him coming into Red Bull Racing,” said Horner.

“It’s the senior team, it was earlier than we would have liked but the pressure was building and building on him and I think it was the best decision for him and for the team to move things around.

“He seems to be approaching the Toro Rosso opportunity with the right attitude and time will tell.” 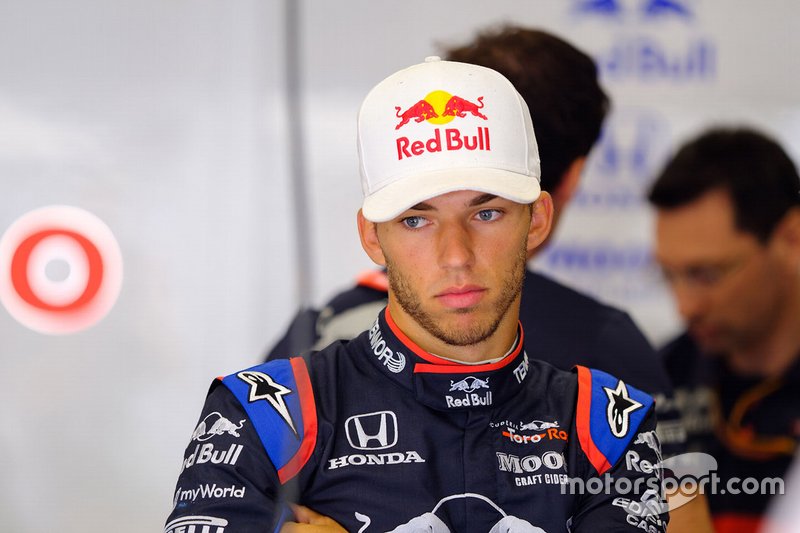